Attorneys work to reunite 2 Brazilian boys in Chicago with fathers 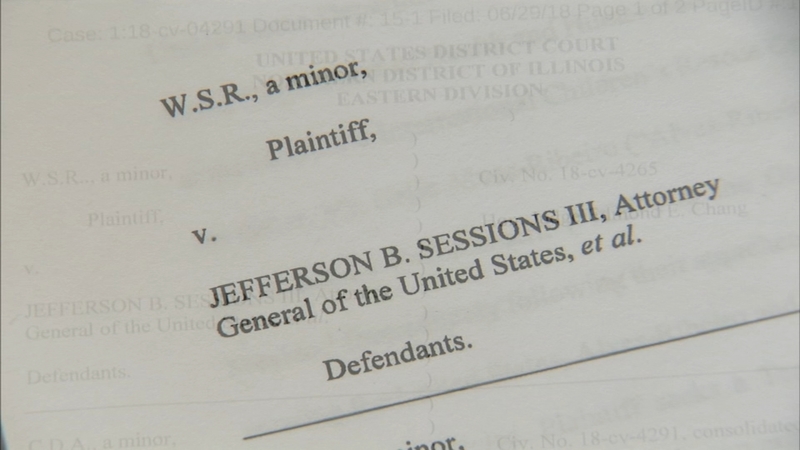 Attorneys work to reunite 2 Brazilian boys in Chicago with fathers

CHICAGO (WLS) -- A group of attorneys are fighting for the rights of two Brazilian boys in Chicago to be reunited with their fathers.

"Every second that the children don't have a parent is a second that they're being damaged. Who knows what kind of extreme trauma these kids are facing every single moment that they don't know where their father is, said Bridget Cambria, an attorney for the two Brazilian boys.

Friday after a late motion filing overnight, a federal judge ordered the fathers of boys not be deported from the U.S. without their sons and the judge will consider a motion to move the fathers from federal detention in New Mexico to Chicago where the children are housed with the Heartland Human Care Services.

"Heartland's continued mission is for the safety and well-being of the children and reunification with the parent or a safe sponsor," said David Dale with Heartland Human Care Services.

A Department of Justice attorney representing the government in these two cases would not comment on camera.

These cases come after a Brazilian woman was reunited with her son Thursday in Chicago.

They are among thousands of parents and children separated at the U.S. border in recent weeks.

But with a federal judge's order this week, the federal government is to reunite the children with their parents within 30 days.

Attorneys for the two boys in Chicago tells us they have already been separated for 37 days from their fathers who are seeking asylum.

"Both of them have asserted a fear that if they go back they will be killed. One of our fathers and his child were both threatened with death multiple times," said Amy Maldonado, an attorney for the boys.

The attorneys were scheduled to meet with the Portuguese-speaking boys to explain what was going on with their cases.

The attorneys will be back in court next Thursday to argue for immediate reunification. But for now the 9- and 15-year-old boys will remain separated from their families and the older boy will celebrate his birthday in federal custody.
Report a correction or typo
Related topics:
politicsloopchicagochildrenfamilyu.s. & worldimmigration
Copyright © 2021 WLS-TV. All Rights Reserved.
More Videos
From CNN Newsource affiliates
TOP STORIES