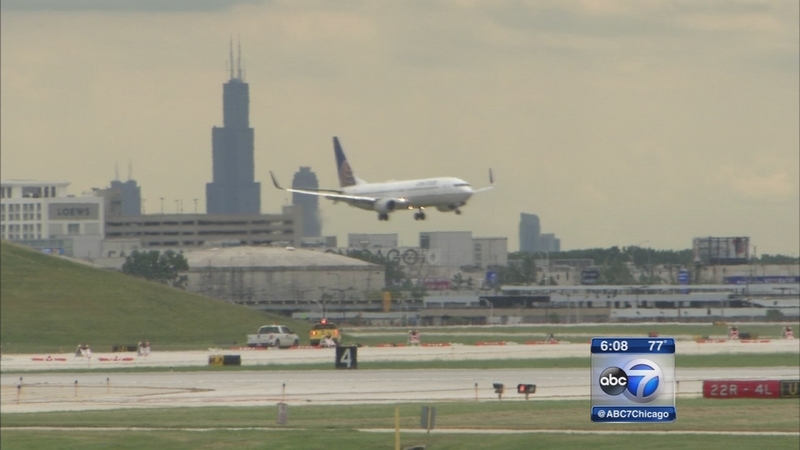 CHICAGO (WLS) -- A $3 billion bond deal for O'Hare Airport failed to get out of a city council finance committee on Friday after being blocked by members of the black caucus.

They were angry over the lack of African American firms handling the deal and the number of minority workers at O'Hare.

Approval of this $3 billion bond issue was supposed to have been routine. But black aldermen on the finance committee looked at other numbers, specifically those that count black workers and contracts for African American companies and voted "no deal."

The aldermen launched their initial salvos at an attorney who represented the 100-year-old Chapman & Cutler law firm that the Emanuel administration wants to manage the bond transaction.

"Your firm has historically denied African Americans partnership at the firm, that is your history," said Ald. Leslie Hairston, 5th Ward.

Attorney William Corbin from Chapman & Cutler confirmed that they did have an African-American attorney working on the transaction, but he could not name that one attorney.

"It is inexcusable that you could come here and not know the one," said Ald. Hairston.

O'Hare and Midway airports are the multibillion dollar economic engines of a city that is at least one-third African-American and another third Latino.

"We're getting less than the representative percentages to African-American firms who are capable of doing the work," said Ald. Sawyer.

Next on the hot seat was Aviation Commissioner Ginger Evans

"You have no African-Americans that are direct reports to you. You have no diversity at Midway Airport," said Ald. Pat Dowell, 3rd Ward.

"78 percent of the staff I have hired are minorities," said Evans.

Evans admitted later that the aviation department had no African-Americans in upper management and explained that minority participation had been limited by past practices governing contracts.

"Going forward in the future we intend to contract differently and only then will we see a different result," said Evans.

Black and Latino alderman have complained for decades about the small number of aviation-related business given to minority firms. They agreed today's hearing was another chance to air the grievance.

"This is a diverse city. You need to consciously reflect the city if you want to get city business," said Ald. Walter Burnett, 27th Ward.

The black aldermen on the committee were joined in their opposition to the bond issue by several Latino and progressive colleagues.
Related topics:
politicso'hare airportchicago city council
Copyright © 2021 WLS-TV. All Rights Reserved.
More Videos
From CNN Newsource affiliates
TOP STORIES