WLS
By Chuck Goudie and Barb Markoff and Christine Tressel
CHICAGO (WLS) -- Despite having plead guilty to lying to the FBI, Chicagoan and former Trump adviser George Papadopoulos entered federal prison on Monday incredulous of his fate.

"Still can't believe the day I am going to a federal prison camp, mainstream media says am going for my Russia contacts (sic)" Papadopoulos messaged to his 74,000 Twitter followers shortly before he surrendered to the Oxford Correctional Center in central Wisconsin.

Papadopoulos continued his stream of consciousness social media rant against those who portray him as a Russian conduit snared by the U.S. special prosecutor Robert Mueller.

"I have never met a single Russian official in my life," claims the 31 year old North Side Chicagoan. "I have, however, met many western intel sources - Joseph Mifsud - who people still call 'Russian'. Facts. USA."

After his time as a volunteer foreign policy adviser to the Trump campaign in 2016, federal authorities caught Papadopoulos telling several lies about his contact with Russia-connected professor Joseph Mifsud and a woman who claimed to be Russian President Vladimir Putin's niece. Mifsud, taking interest in Papadopoulos, told the Chicagoan that Russian intelligence had collected "dirt" on Hillary Clinton in thousands of emails, and Papadopoulos jockeyed campaign officials to arrange a meeting between then-candidate Trump and President Putin.
Monday's surrender by the scrappy foreign policy expert ends an unusual back-and-forth the past few weeks with Papadopoulos challenging Mueller's status as a special government prosecutor.

A federal judge in Washington, D.C., on Sunday rejected Papadopoulos' 11th hour bid to stay out of prison, forcing him to report to prison on Monday. He apparently drove from Chicago, with his newlywed wife Simona, arriving in a minivan with Illinois plates. Papadopoulos walked into the prison alone without comment.

In September, he was sentenced to two weeks in federal prison, although had never seemed settled with either the plea deal he cut with U.S. prosecutors or accepting of the punishment imposed by a judge, despite its relative leniency.

The former Trump aide wanted his prison surrender date on ice until the Mueller questions could be determined.

On Sunday, in a 13-page opinion, U.S. District Judge Randy Moss determined that Papadopoulos' legal arguments were not sufficient to warrant a delay in his prison report date.
Papadopoulos' legal request was unusual as it came after he pleaded guilty, after he admitted the crime, after he participated in a sentencing hearing and after he was issued his due punishment. As is standard in a plea bargain, Papadopoulos gave up most of his rights to appeal under his agreement, which he negotiated with the special counsel's office last year.

Papadopoulos' first night in the storied federal facility, three hours from the Loop, will provide the public with a two-week respite from his steady diet of social media posts about a case that is all but over. He contends Mueller has made him a patsy in the Russia investigation, that he was victim of a government plot and that he was set up by foreign intelligence schemers to take the fall because he had been a naive newcomer to heavyweight American politics.

The Oxford prison is a legendary home-away-from-home for Chicago miscreants, from corrupt alderman and hoodlums to crooked businessmen and drug traffickers - all of whom desired to be locked up close to home to expedite visits from loved ones.

Even though Papadopoulos was the first Trump campaign worker to face federal charges in the Russia probe, he will not be the first Trump-era associate to actually do time. There are several - including the highest-ranking Trump official in prison at the hands of Mueller's special counsel office, ex-campaign chairman Paul Manafort - although he was convicted and pleaded guilty in separate cases involving money laundering and bank fraud not directly connected to the campaign, the Russia investigation or the Trump campaign.
Report a correction or typo
Related topics:
politicschicagoloopwisconsinwashington d.c.donald trumpu.s. & worldi teamprison
Copyright © 2020 WLS-TV. All Rights Reserved.
RELATED 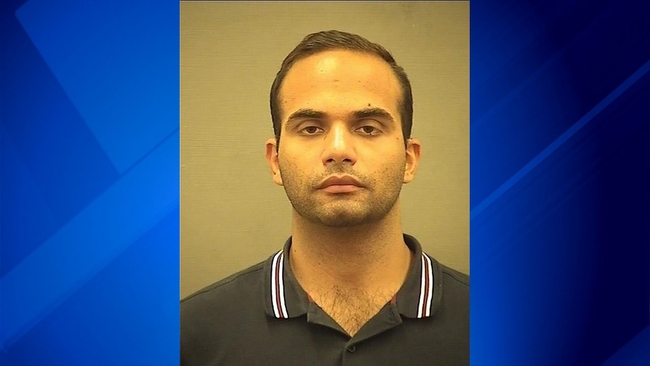 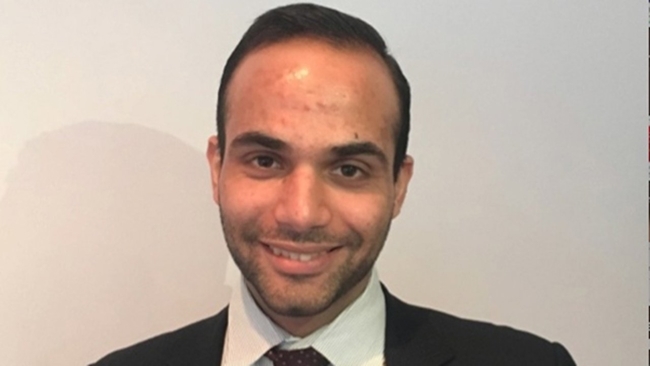 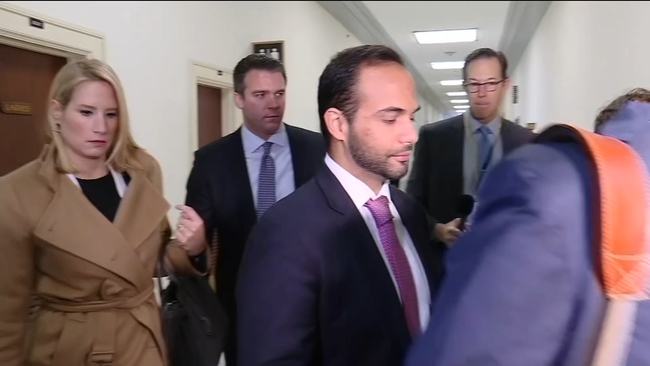 Car title transfer issues can lead to repossession, even when buying from licensed dealer