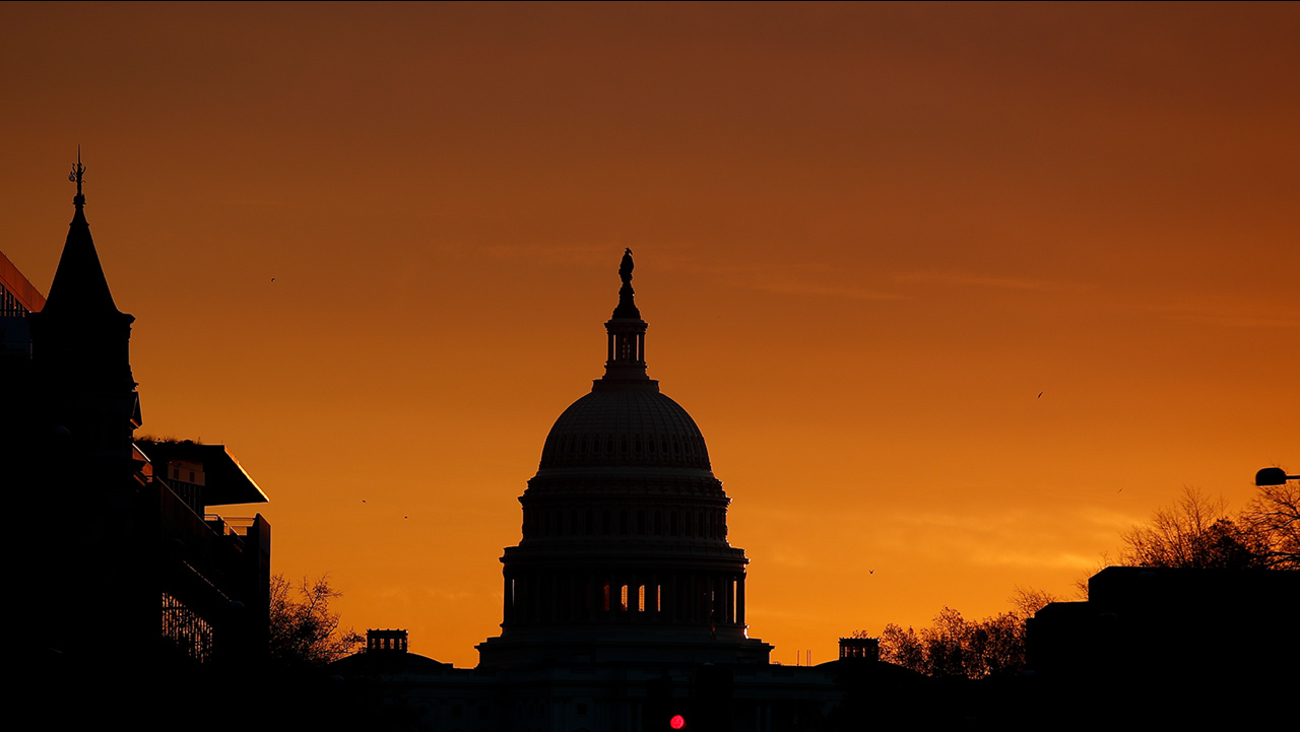 FILE The Capitol Dome is seen silhouetted by the rising sun on Capitol Hill in Washington. (Carolyn Kaster)

Two weeks after President Donald Trump blocked the full release of a classified Democratic memo, the House intelligence committee published a redacted version of the document that aims to counter a narrative that Republicans on the committee have promoted for months - that the FBI and Justice Department conspired against Trump as they investigated his ties to Russia.

The Democratic document attempts to undercut and add context to some of the main points from a declassified Republican memo that was released earlier this month. In that memo, Republicans took aim at the FBI and the Justice Department over the use of information compiled by British spy Christopher Steele in obtaining a secret warrant to monitor the communications of former Trump campaign foreign policy adviser Carter Page.

The GOP memo included the assertion that the FBI obtained a surveillance warrant without disclosing that Steele's anti-Trump research was funded by Democrat Hillary Clinton's campaign and the Democratic National Committee.

The Democratic memo counters that the Justice Department disclosed "the assessed political motivation of those who hired him" and that Steele was likely hired by someone "looking for information that could be used to discredit" then-candidate Trump's campaign.

Republicans say that is not enough, since the Clinton and the DNC were not named. President Donald Trump himself seized on this point in a tweet Saturday evening: "Dem Memo: FBI did not disclose who the clients were - the Clinton Campaign and the DNC. Wow!"

The White House had objected to the Democratic memo's release, citing national security concerns on Feb. 9. That sent the Democrats back to negotiations with the FBI, which approved a redacted version on Saturday. It was then declassified and released.

Trump had no such concerns about the GOP memo, which he declassified in full on Feb. 2 over strong objections from the FBI.

The Democratic memo asserts that the FBI's concerns about Page long predate the Steele dossier, and that its application to monitor his communications details suspicious activities he undertook during the 2016 presidential campaign. That includes a July 2016 trip to Moscow in which he gave a university commencement address.

The memo also contends that the Justice Department provided "additional information from multiple independent sources that corroborated Steele's reporting" in the dossier. Most of the details of the corroborated information are redacted but they do appear to reference Page's meeting with Russian officials. The memo says that the Justice Department didn't include any "salacious allegations" about Trump contained in the compilation of memos drafted by Steele, now known as the Trump-Russia "dossier," in its FISA application.

The memo also details Russian attempts to cultivate Page as a spy. It cites a federal indictment of two Russian spies who allegedly targeted Page for recruitment and notes that the FBI interviewed him based on those suspicions in March 2016.

The Democrats say the FBI made "made only narrow use of Steele's sources" in the warrant in the secret court that operates under Foreign Intelligence Surveillance Act, or FISA.

Republicans say that is still too much.

"Again, the fact the minority cannot outright deny that a DNC/Clinton funded document was used to wiretap an American is extremely concerning," the Republican National Committee said in a statement.

Trump has said the GOP memo "vindicates" him in the ongoing Russia investigation led by special counsel Robert Mueller. But congressional Democrats and Republicans, including House Speaker Paul Ryan and Rep. Trey Gowdy of South Carolina, who helped draft the GOP memo, have said it shouldn't be used to undermine the special counsel.

Partisan disagreements on the intelligence committee have escalated over the last year as Democrats have charged that Republicans aren't taking the panel's investigation into Russian election meddling seriously enough. They say the GOP memo is designed as a distraction from the probe, which is looking into whether Trump's campaign was in any way connected to the Russian interference.

Republicans say they are just alerting the public to abuses they say they've uncovered at the Justice Department and FBI.

The top Democrat on the intelligence panel, California Rep. Adam Schiff, said Saturday that the memo should "put to rest any concerns that the American people might have" as to the conduct of the FBI, the Justice Department and the court that issued the secret warrant.

Some time ago, Republicans on our committee released a declassified memo that omitted and distorted key facts in order to mislead the public and impugn the integrity of the FBI.

We can now tell you what they left out: https://t.co/jeVCVTBUBZ

The review "failed to uncover any evidence of illegal, unethical, or unprofessional behavior by law enforcement," he said.

White House press secretary Sarah Sanders disagreed. She said that Trump supported the redacted release of the memo in the interest of transparency, but "nevertheless, this politically driven document fails to answer serious concerns raised by the majority's memorandum about the use of partisan opposition research from one candidate, loaded with uncorroborated allegations, as a basis to ask a court to approve surveillance of a former associate of another candidate, at the height of a presidential campaign."

There are some points of agreement between the GOP and Democratic memos, including that the FBI did not open its counterintelligence investigation into links between Russian election interference and the Trump campaign because of Steele's dossier.

Instead, both memos show that the investigation was prompted by concerns about contacts between former Trump foreign policy adviser George Papadopoulos and people linked to Russia.