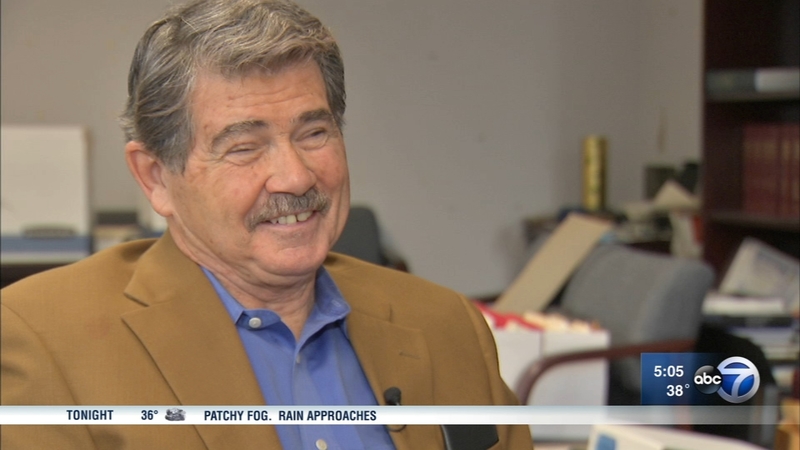 Cook County's longest serving clerk and Chicago's shortest serving mayor is walking away from public office for good. Orr is one of the few Chicago politicians who managed to survive a political career with little or no controversy.

"Well, I still have a few hours," Orr said, laughing.

The Rogers Park progressive - or reformer, as it was known back then - first ran for public office in 1979 when Orr barely beat a machine-backed candidate for alderman of the 49th Ward.

Orr was determined to fight patronage politics and the ugliness that came with it, like a fire hydrant cap thrown into his ward office following the election.

"Those things infuriated me," Orr said. "Ultimately, the real purpose here, I believe in good government."

And he believed in Harold Washington. The late mayor named Orr his Vice-Mayor, which meant when Washington died in office, Orr briefly became Mayor in 1987 for 8 days.

"I never would have been successful at running for County Clerk if it wasn't for those eight days as mayor," he said.

Orr said those eight days made him popular with African-American and white voters. Without money or machine backing, his notoriety helped him easily win seven terms as Cook County Clerk.

"Which is partly why I've always been able to speak my mind and freely as I've wanted those who don't like me, know they can't beat me," he said.

Orr said he is most proud of running an efficient, honest office that made it easier to register to vote in Illinois.

"You can run efficient government, you don't have to be a hack or a crook, you can do it," he said.

While encouraged to seek higher office, Orr said he has no regrets playing it safe at the Cook County Clerk's office for nearly 30 years. He said being an honest politician in Chicago is doable if you believe in good government for everyone and if you're not overly ambitious.
Report a correction or typo
Related topics:
politicschicagoloopcook countypoliticsretirement
Copyright © 2021 WLS-TV. All Rights Reserved.
More Videos
From CNN Newsource affiliates
TOP STORIES