WLS
By John Garcia and Craig Wall
WASHINGTON (WLS) -- Chicago Mayor Rahm Emanuel introduced a resolution Wednesday to help protect "Dreamers" in Illinois, a day after the Trump administration announced that it would end the DACA program aimed at protecting undocumented individuals brought to the U.S. illegally as a child.

The decision to end the Deferred Action for Childhood Arrivals (DACA) program sparked a protest in Chicago and drew the ire of many city officials. 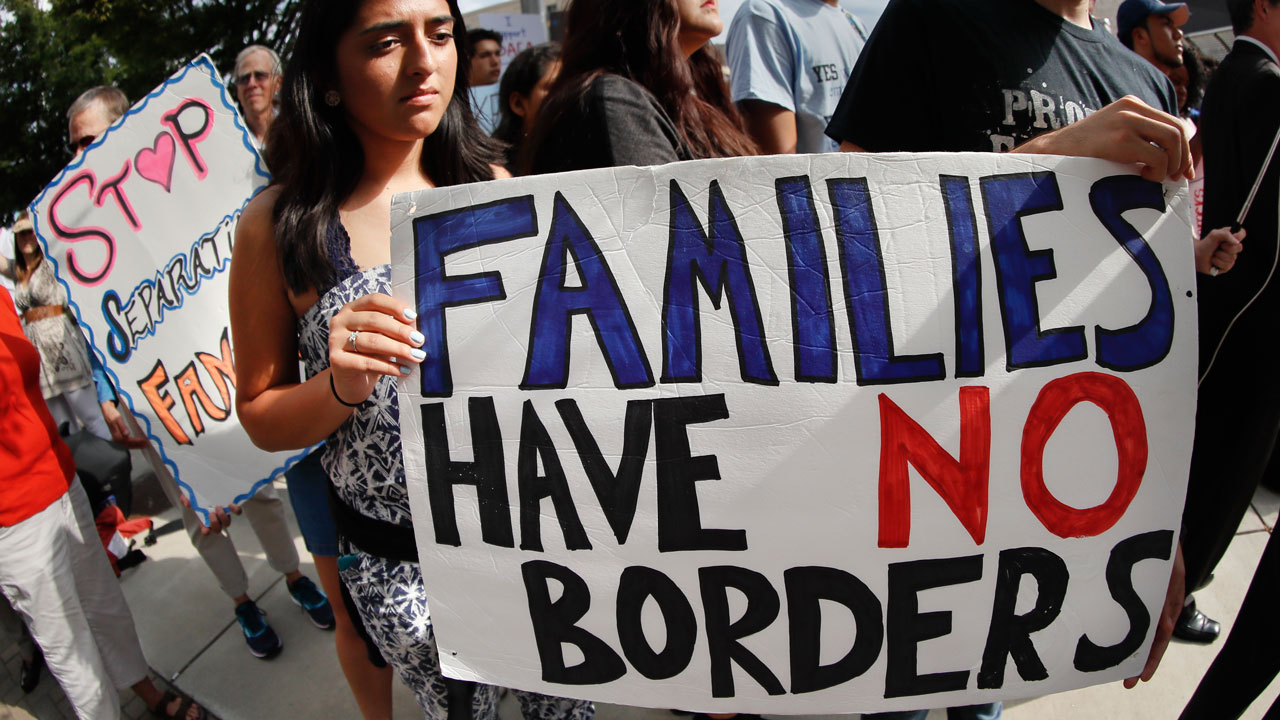 What is DACA?
Here is what to expect over the next six months following the Trump administration's announcement to end DACA.

"I think what President Trump did yesterday is one of the most heartless, evil moves that any President in my recollection has made," said Ald. Danny Solis (25th Ward).

"I'd like politicians to remember an attack on DACA is also an attack to the larger communities we are a part of. Those include children and families," said Giselle Escobedo, a DACA recipient.

Fifteen states, including Illinois, and the District of Columbia sued Wednesday to block Trump's plan to end DACA -- an act Washington state's attorney general called "a dark time for our country."

"We have sued the federal government in essence alleging violations of the constitution and other laws to make sure that this program their decision remains in place their decision is rescinded," Madigan said.

The lawsuit on behalf of "Dreamers" asks a federal judge to declare that rescinding the DACA program is illegal. It also seeks to prevent any of the personal information about the nearly 800,000 people in the program from being used by law enforcement to detain or deport them.

Emanuel's resolution called on Gov. Bruce Rauner to establish a "Dreamers Bill of Rights," which he admitted would be a symbolic gesture. His proposal which would provide the children of undocumented immigrant's access to additional protections from deportation, as well as state financial aid, scholarships, professional licenses and certifications for jobs.

However, Rauner said the issue should not be addressed on a state level.

Undocumented college students could be negatively impacted by the end of the DACA program.

College students could be forced to leave school if the DACA program ends. At Morton College in Cicero, where 3/4 of students are Latino and many of whom are DACA recipients, students are nervous and speaking out.

The two-year college does not track the number of DACA recipients who are students, but it is significant. One of them is Perla Santoyo, who came to the U.S. when she was 3 years old.

"If I go to Mexico, I don't belong there either because I've never lived there ... The majority of my family is here in the U.S. I have nothing to go back to," Santoyo said.

Student Carolina Saldana came to the U.S. as a small child and now has a six-month-old baby. She said she's nervous. "I don't know how I would do it if I had to take him to Mexico," she said.

Stan Fields, president of Morton College, said: "These aren't numbers, not statistics. They're people who deserve to be valued and feel safe."

U.S. Attorney General Jeff Sessions announced Tuesday that the Trump's administration will phase out the DACA program, or the Deferred Action for Childhood Arrivals. The program, an executive order made by former President Barack Obama, allowed people brought to America illegally as children to gain legal status as long as they went to school and kept a clean criminal record.

The rescission of DACA could affect more than 800,000 people in the U.S., including 42,000 in Illinois. Trump's decision sparked protests across the nation Tuesday.

"It's a shame that with everything that's going on today, in this world, in this country, and the president has to speak about DACA? Shame on him and shame on the Congress if they don't work on something as soon as possible," said Ald. Ariel Reboyras (30th Ward).

The mayor also accused Trump of going back on a personal promise he made to Emanuel and others shortly after being elected -- that he would protect the Dreamers.

"It will come back to haunt the president. And then don't think for a second, especially since your word is your bond, that your allies, your friends, your foes will see whether your word counts," Emanuel said.

Many city council members spoke out against Trump's decision.

"And to think that our government wants to take away the ability of our country to make progress because of the contributions of these college graduates is appalling and indeed I think it's un-American," said Ald. Michelle Smith (43rd Ward).

Congress has six months to pass legislation that would save the program. Trump tweeted Tuesday night that he would "revisit DACA" if Congress does not come to an agreement.

Congressional Democrats on Wednesday demanded a stand-alone vote on a solution for undocumented immigrants protected under DACA -- threatening to logjam the fall session if they don't get one.

"We're calling on (House Speaker Paul) Ryan and (Senate Majority Leader Mitch) McConnell to immediately put the Dream Act for a vote on the floor in the House and Senate," Schumer said. "I'm confident that if put on the floor, it will garner overwhelming support from both sides of the aisle."

He added: "If a clean Dream Act does not come to the floor in September, we're prepared to attach it to other items this fall until it passes."

Democratic lawmakers, holding a press event on Capitol Hill, repeatedly emphasized the need for a solution to protect DACA recipients.

"I'm glad that some Republicans in Congress have voiced their opposition to the President's decision, because we're going to need them to right the ship," Schumer said.

And lawmakers took plenty of shots at Trump for his move.

"We all agree that President Trump's decision to end DACA is a despicable act of political cowardice," House Minority Leader Nancy Pelosi said. "Cowardice squared because he gave the announcement to his attorney general."

Lawmakers also indicated that they would not agree to a compromise position, such as money for a wall being attached to a DACA bill.

"We've got to stop playing politics with these kids," said rising Democratic star Sen. Kamala Harris of California, which has the greatest population of DACA recipients of any state. 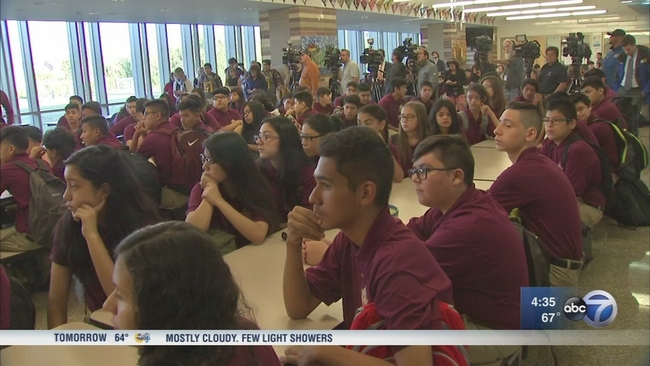 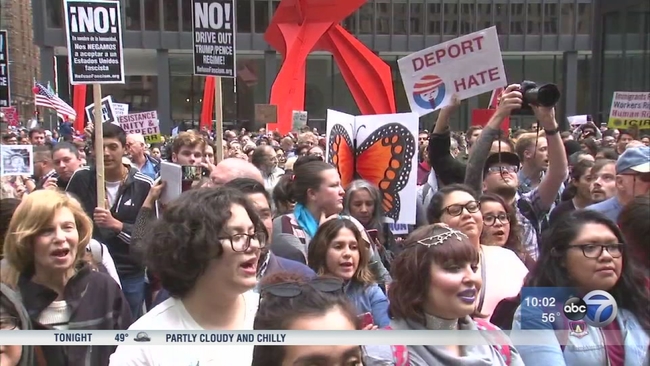 DACA program to be phased out, Trump says 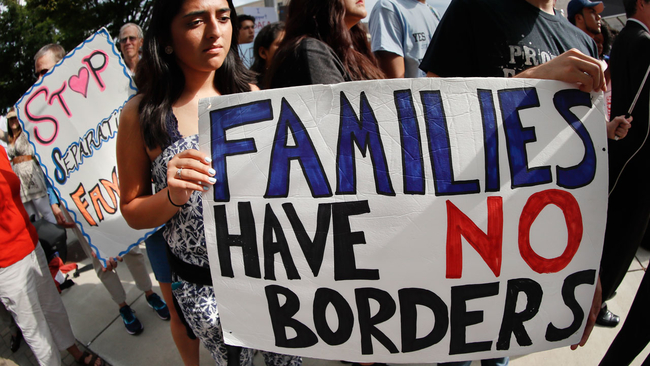 What to expect following Trump's plan to end DACA 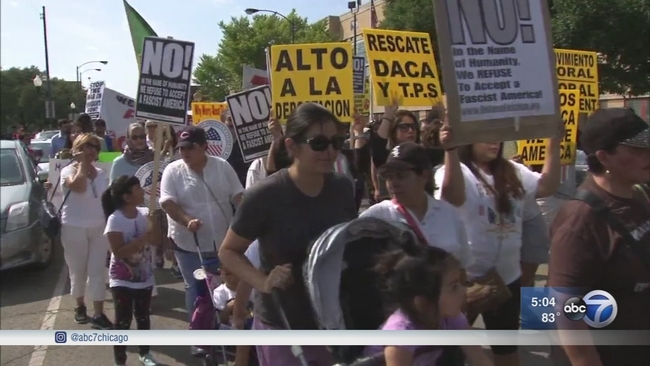