WLS
By Paul Meincke
CHICAGO (WLS) -- Dennis Hastert is expected in court on Thursday morning on bank-related charges. The former Speaker of the House is accused of paying hush money to a former student to keep quiet about sexual misconduct.

Hastert, 73, will be arraigned on the federal charges Thursday morning in a Chicago courthouse, officials said. He is expected to plead not guilty, and the question is whether the case against him will go to trial.

"I'd be surprised if this case ever sees a jury," Jeff Cramer, former federal prosecutor, said. Cramer believes the signs point ultimately to a plea agreement.

The case against Hastert, who was charged in the case on Friday, would be hard to beat. There is detailed account of the $1.7 million he withdrew to "compensate for and conceal his prior misconduct against Individual A." That prior misconduct is sexual in nature, sources said, and is believed to involve a student while Hastert was a teacher and wrestling coach in Yorkville.

Hastert is accused of lying to the FBI about the money withdrawals.

The allegations came to light after the FBI became aware of several transactions for just under $10,000 at Hastert's bank accounts. He allegedly made 106 transactions of that size.

Hastert was allegedly in the process of paying $3.5 million to Individual A.

On the day of his indictment, Hastert resigned from the DC lobbying firm where he worked and gave up his board of directors seat on the Chicago Mercantile Exchange. On Sunday, at his request, Hastert's name has been removed from Wheaton College's Center for Economics, Government and Public policy.

"There was never anybody that came back to me and said you know five years, 20 years later this happened, and it was really weird. None of that ever happened," Anthony Houle, former wrestling coach, said.

Should there be a plea agreement, prosecutors would have no cause to provide any detail about Hastert's "prior misconduct" against Individual A.

Hastert will appear before U.S. District Judge Thomas Durkin, who made two contributions to Hastert's congressional campaign - $500 and $1,000 - more than a decade before Durkin was appointed to the bench. While the donations may raise questions, it doesn't disqualify Durkin from the case.
Related topics:
politicsloopyorkvilledennis hastert
Copyright © 2020 WLS-TV. All Rights Reserved.
RELATED 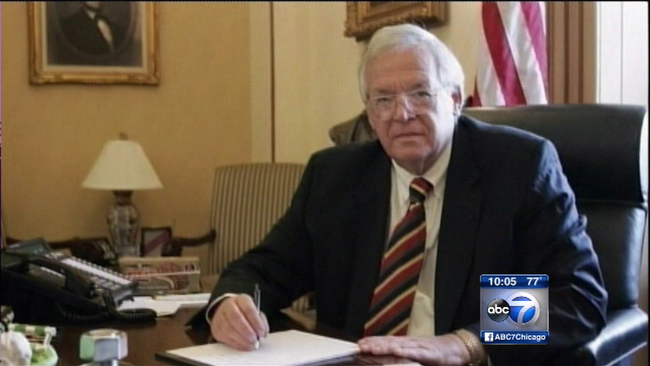 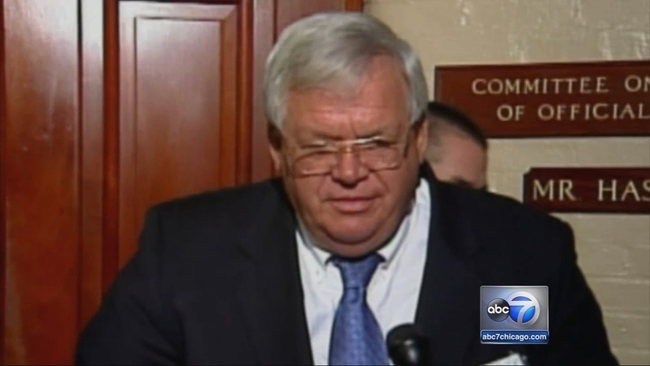