WLS
CHICAGO (WLS) -- On the final night of campaigning in the race for Chicago mayor, both candidates look to win over support of undecided voters in this historic runoff election.

"We have one more day. But we also have four more years working to build this great city," Emanuel said.

Earlier, a hoarse Cook County Commissioner Jesus "Chuy" Garcia greeted commuters at a South Side CTA stop. He then rallied the 5,000 volunteers he said will knock on doors of 360,000 voters.

Both camps are making a final push for votes the day before the runoff election to try to sway undecided voters.

They're also trying to decipher what the record-setting number of early votes means. The mayor said the choice comes down to Chicago's future.

"That's what's on the ballot. And the voters and residents of the city of Chicago know that's what's at stake," Emanuel said.

Garcia's supporters are demanding the release of as many as 1,500 mayoral emails between Emanuel and one of his wealthiest donors, millionaire businessman Michael Sacks.

"At least show the public before the election what these e-mails are all about," said Cook County Clerk David Orr, a Garcia supporter.

The mayor, who would not comment on his relationship with Sacks or when he might release the emails, said only that his office obeys the Freedom of Information Act.

"We've released thousands upon thousands of pieces of information all according to the FOIA law," he said.

Garcia's political director said the campaign had identified 360,000 sympathetic voters and will pay each of them a person visit at their homes on Tuesday. Members of the Chicago Teachers Union and Service Employees International Union will provide many of those foot soldiers. Emanuel's campaign army is mostly organized by supportive Chicago aldermen.

Suburban voters are heading to the polls on Tuesday as well. There are a number of contested races for mayors or village presidents.

The ABC7 Eyewitness News team will have complete election coverage Tuesday when the polls close at 7 p.m. with Eyewitness News on "The U", plus live updates throughout the night on ABC7, ABC7Chicago.com, Facebook, Twitter and ABC7 Chicago's news apps. You can also get a complete recap on Eyewitness News at 10 p.m. 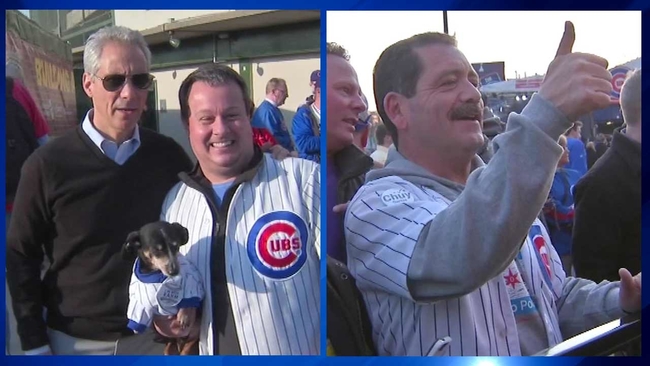 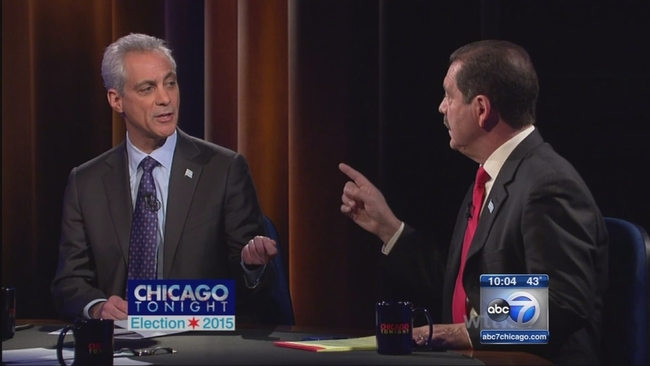 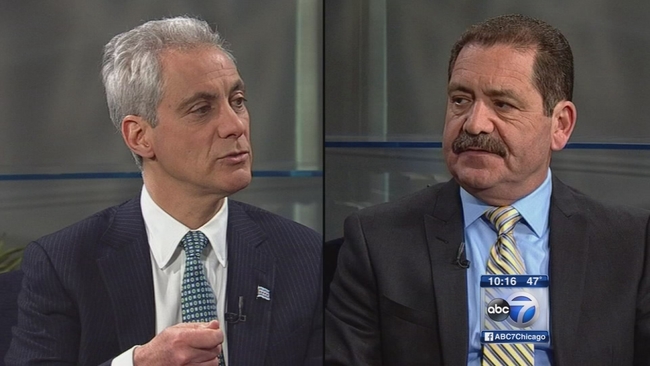