WLS
CHICAGO (WLS) -- Mayor Rahm Emanuel and Jesus "Chuy" Garcia have just one more week to make their case to undecided voters. On Tuesday night, they squared off at their last debate before Tuesday's runoff election.

Unlike their second debate, Emanuel was not on the defensive during the third encounter. Both he and Garcia came out swinging.

The candidates' most spirited exchanges were about money. Garcia blamed the mayor for Chicago's fiscal crisis and said Emanuel - who served on the Freddie Mac board for the federal government in the late 1990s - helped cause the Great Recession.

The mayor charged that Garcia, as a state senator, voted to allow the Chicago Public Schools to forego a pension payment, and that when Garcia resigned as executive director of Enlace - a Southwest Side community organization - he left it with a $500,000 deficit.

Earlier in the day, the candidates campaigned and commented on the latest Chicago Tribune poll in which 58 percent of respondents chose Emanuel over 30 percent for Garcia, with 9 percent undecided.

"Don't look at the polls, don't listen to them. I want my schedule doubled up between now and Election Day," Emanuel said.

"Remember the Eric Cantor election. He was up by 34 points. I think it's an outlier," Garcia said.

During the debate, the moderator asked Garcia about the candidate's son, a former street gang member arrested and convicted of two misdemeanors.

"If you can't keep your own son out of a gang, how can you steer the city away from gangs and violence?" the moderator asked.

Emanuel questioned the question, saying: "I don't actually think this is a fair line of questioning."

The mayor made news when he met reporters following the debate, revealing new discussions with first-term Gov. Bruce Rauner about a city-owned casino in Chicago.

"We've had discussions and there are discussions going on about a Chicago-based casino," Emanuel said.

The Chicago Teachers Union, which supports Garcia, released a poll showing Emanuel with a 15-point lead and nearly 20 percent of the electorate undecided. The CTU pollster says the race is still too close to call. 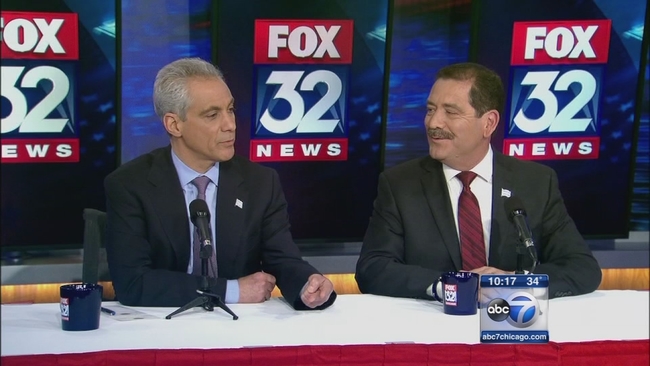 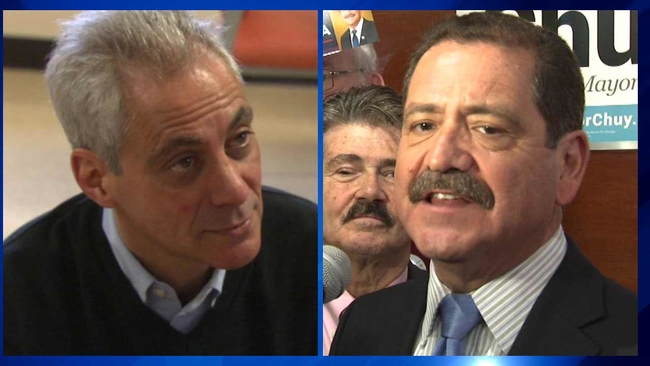