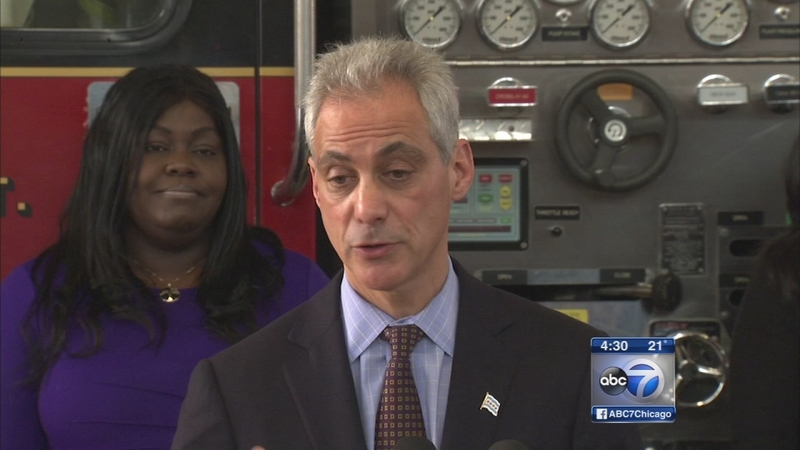 Everything from kids to cops, technology to transit could be impacted by state budget cuts, according to Mayor Emanuel.

"I've been very clear to all the leaders and to the governor," Emanuel said on Wednesday. "This budget will not stand. It's wrong for Chicago and I believe it's wrong for Illinois."

"These centers provide more than just a safe space for children to be while parents are at work," said Evelyn Diaz of Chicago Family and Support Services, speaking about the cuts to subsidized daycare. "They feed our children, teach our children. They help our children with homework."

Emanuel now finds himself in the interesting position of blasting Rauner's proposed budget cuts even though the two are friends. Emanuel was no friend to previous Democratic governor Pat Quinn, a fact Emanuel's challenger Jesus "Chuy" Garcia is happy to point out.

"The mayor should go to Springfield and sit with Rauner and open up one of those expensive bottles," Garcia quipped, "and figure out how he's going to fight for the people of Chicago when his buddy is the person bringing on the bad news that affects every person in the city of Chicago."

But the mayor seemed to shrug off the implications of any friendship, saying, "Do I look like a silent person?"

Emanuel said Wednesday that he talked with legislative leaders about blocking budget cuts outlined by the governor.

"You can run for office saying here are the challengers. I understand you want to do that. I get it," he said. "I don't think you did the homework of saying ok, early childhood, let's do it differently. They just said cut."

And it's not just Chicago that could be impacted by the state cuts. The Daily Herald reports that Naperville stands to lose $7 million, Schaumburg could lose $3.5 million and Batavia could lose $1.3 million.