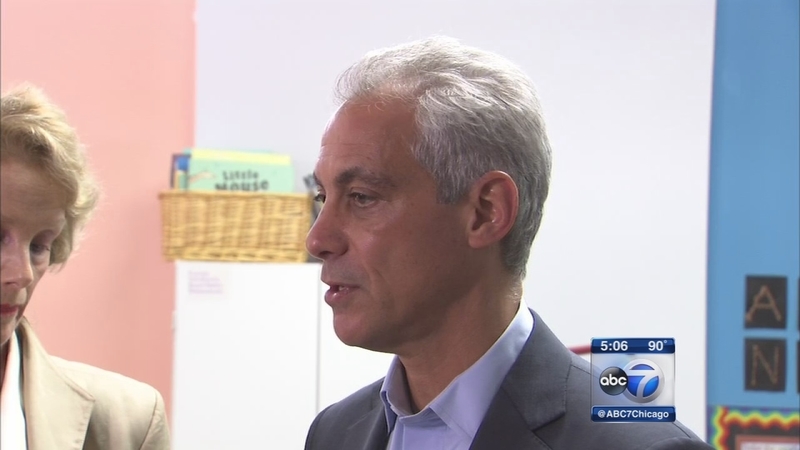 The city needs the new revenue to pay its $30 billion unfunded police and fire pension debt. Rahm Emanuel all but confirmed Thursday the massive property tax increase is part of his soon-to-be released budget plan.

In an event not originally on his public schedule, the mayor read to children at a West Side day care center on Thursday. Afterwards, he used the opportunity to assess the chances that alderman will approve his leaked, $500 million city property tax increase.

"If you're asking me do I think we're going to get it done, the short answer is 'yes' because I actually believe the aldermen are up to the task of charting a new course for Chicago's future," Emanuel said.

The lion's share of the new revenue would be used to pay the city's unfunded debt owed to the police and firefighter's pension funds.

Ald. Ramirez-Rosa said a 60 percent raise in the city-wide levy is too much. He wants downtown skyscrapers taxed a higher rate than private homes and exceptions for elderly and low income homeowners.

"So I want to make sure we are protecting working families and senior citizens from a massive property tax hike and we can do that in the form of a rebate," Ald. Ramirez-Rosa said.

It's also reported the Emanuel administration wants to charge for garbage pick-up and implement per-use fees on ride-sharing services like Uber and Lyft.

During two budget hearings this week, the mayor has been under intense criticism as speakers described persistent problems in city neighborhoods. At the end of the second session Wednesday night, his security detail escorted the mayor out of the South Shore Cultural Center.

"My role as mayor is to hear what you have to say, no matter how energetic. But you can do it, can disagree, without being disagreeable," Emanuel said.

Emanuel is hosting a third budget town hall Thursday night at Wright College on the Northwest Side. He will officially release his spending plan later this month.