Reid, who handily beat a two-term incumbent with more than 66 percent of the vote, made headlines in November when - the day before the filing deadline - he was standing on a busy downtown Evanston corner legally asking for signatures to get on the ballot.

A police officer approached Reid, who is African American, and insisted on getting his name and birthdate. The officer was eventually suspended and the incident led to police reforms.

"I upheld my rights and refused to give my birthday," Reid said. "The officer called for backup, two officers placed me in handcuffs, took me to the station and was handcuffed in the basement for a few hours."

Reid, who was homeless when his mother went to prison about 10 years ago, said anyone can affect change regardless of age or past. He also spent time in foster care and credits a variety of mentors who made sure he stayed on the right track.

"If you go through a rough childhood, at some point, that ends. You should turn around, you are changing society in your small corner of the world," he said.

Reid, who does not have a college degree, said he doesn't like to dwell on the past, he'd prefer to talk about his plans for the future as Evanston's new city clerk.

"One of the things I want to do is create a legislation tracker and make folks follow poIicy digitally from the time it is introduced the time it passed," Reid said.

As the city's record keeper and election official, Reid's goal is to get young people engaged in the process of government. He believes social change through protest is not nearly as effective as understanding the minutia of bureaucracy.

"Young folks have to learn to work within the system in order to change the system," Reid said. 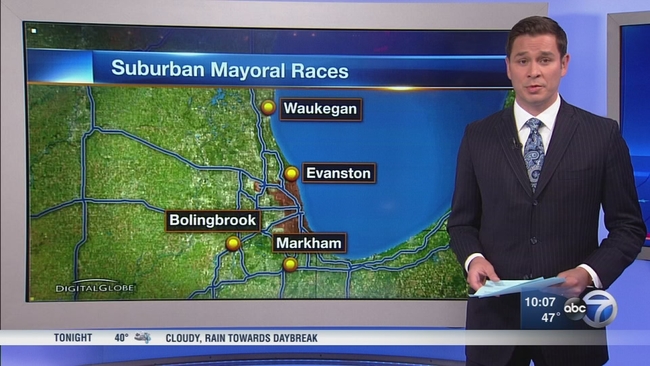