Final preparations underway for Women's March to the Polls Saturday

"Our intention is to direct women's energy towards the elections in 2018. We except women's voices to change outcomes in the elections this year," said Claire Shingler, Executive Director of the Women's March in Chicago.

The march will begin at 11 a.m. at Congress Parkway and Columbus Drive in the Loop. Participants will march west on Jackson Boulevard, then north on Clark Street to Federal Plaza.

A total of 250,000 people participated in last year's march. The crowd was too large to march as planned.

"We're going out on the street because we understand that we can make a difference by voting, by being on street and making voices heard," said marcher Paul Ziliak.

Saturday's march has been titled "A March to the Polls."

Retired Oak Park teacher Sue Sporte said she had never considered herself to be an activist, but she participated in last year's Women's March in Washington, D.C. and will attend Saturday's march in Chicago.

Logan Square business Busy Beaver Button Company has been named the official button maker for the March. Director of Operations Joel Carter plans to be in Grant Park tomorrow. 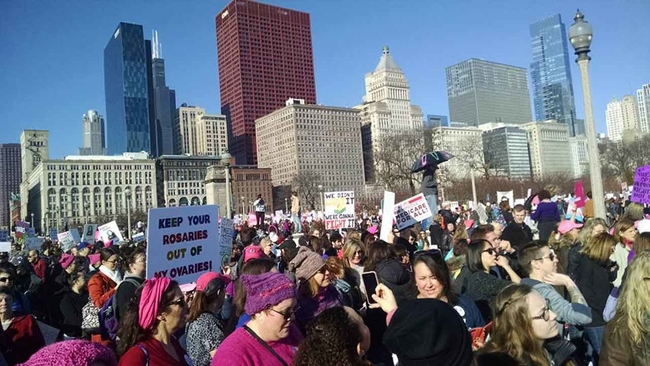 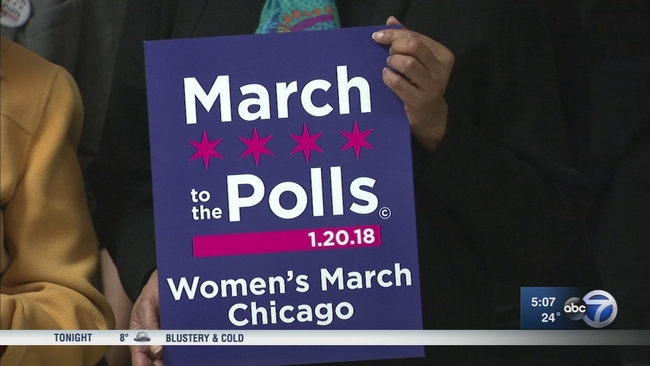