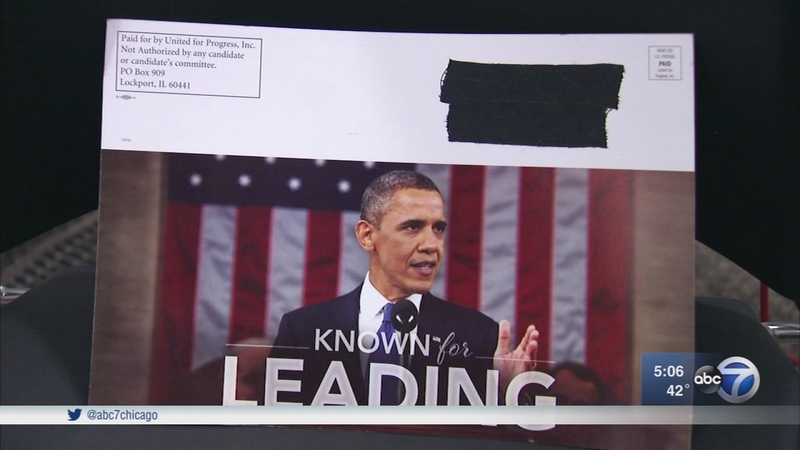 CHICAGO (WLS) -- A mailer is heating up the 3rd Congressional District race in which challenger Marie Newman is trying to unseat Congressman Dan Lipinski.

The district includes much of Chicago's southwest side and several nearby suburbs.

The mailer angered a group of former top Obama aides.

"This is about calling out hypocrisy, frankly, and letting voters know what their representative is doing in Congress, and lying about their record and allegiances is not going to be tolerated," said John Atkinson, former President Obama campaign aide.

Former Obama campaign aides said the mailer was sent by a Super PAC that supports Lipinski in his primary race against Newman. They said it was hypocritical because they said Lipinski did not endorse Obama for reelection in 2012, and Lipinski was the only Illinois Democrat to vote against the Affordable Care Act.

"President Obama needed Congressman Lipinski when every vote counted to pass the Affordable Care Act, we got it done without him but his district deserves better," said Jon Carson, Obama 2008 campaign National Field Director.

Congressman Lipinksi was not available for an on-camera interview, but his campaign released a statement, saying, "Our campaign did not send that mailer and has no control over the content, and the Congressman is not referenced in it. But it does raise some serious concerns about the truthfulness of many of Marie Newman's claims about herself and we hope she can provide answers to voters about the questions raised."

"I'm not going to even respond to all the ridiculousness. He's very desperate right now, this is what machine politicians do, they make up ridiculous lies," Newman said.