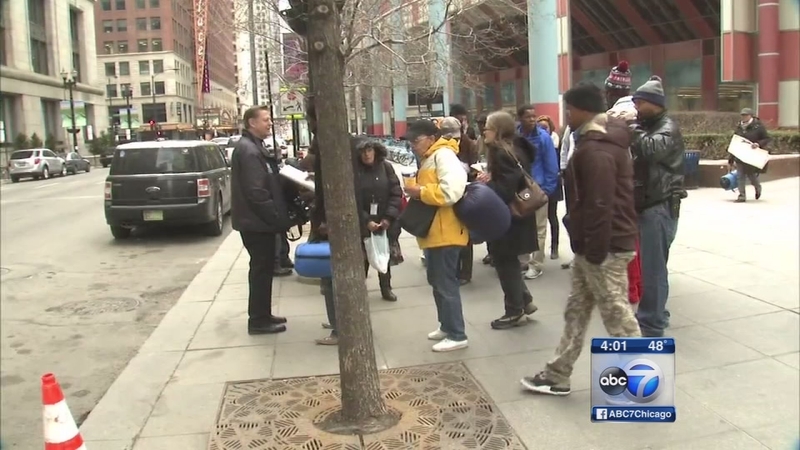 CHICAGO (WLS) -- Father Michael Pfleger was among a group of about 200 protesters Friday at the Thompson Center in the Loop staging a sit-in to protest Governor Bruce Rauner's proposed budget cuts.

There was a peaceful ending to the protest that brought dozens of people to the governor's door step after protesters ended up closing several doors on Randolph Street to the State of Illinois Building.

St. Sabina reports the state has cut more than $935,000 of its funding, funding for after-school programs and youth employment.

"We got noted just abruptly that our program was going to be cut overnight and we had to halt several programs," said Jocelyn Jones, Ark of St. Sabina Youth Center.

At an unrelated event Friday, the governor responded.

So as Father Pfleger sat, people were forced to go in and out other exits.

In the end, Father Pfleger asked for sleeping bags, but instead of spending the day and night, he said Rauner's chief of staff met with him and a few supporters.

"All I want is the state to support things that are working to save lives, not wipe us out," Fr. Pfleger said. "It's a good thing they finally agreed to meet with us."

Father Pfleger said this is just the start of the conversation. He plans to go back to St. Sabina, write a formal letter to the chief of staff, as well as the governor, inviting them to see the very programs that are now on the chopping block.