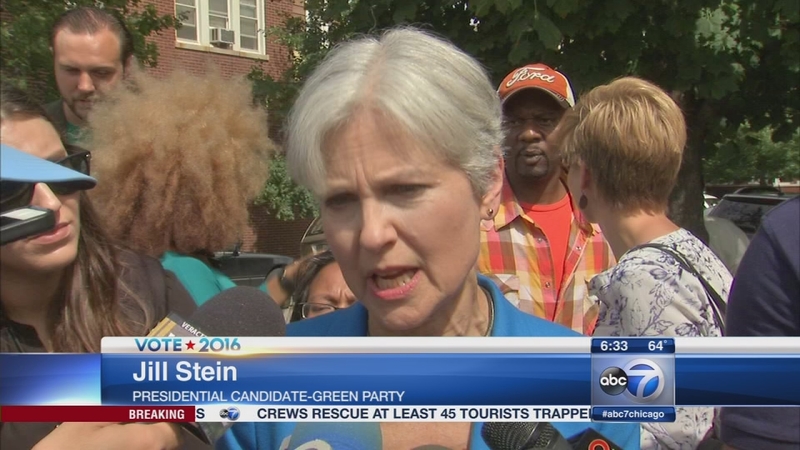 CHICAGO (WLS) -- The race for the White House is expected to take an unusual turn through Chicago Friday. Green Party Presidential Candidate Jill Stein has more than just a political fight ahead of her.

During her visit to Chicago, a warrant was issued for Stein's arrest in North Dakota, where she spray-painted a bulldozer during an oil pipeline protest.

Stein, 66, defended her decision Wednesday while walking through the city's violence-torn South Austin community. She said she and her lawyers are fully cooperating with authorities.

Stein, who grew up in north suburban Highland Park, made her pitch on why a Green Party vote will mean something in November.

Despite her campaign efforts, Stein's very best polling numbers are at about 5 percent. She argues that a vote for Donald Trump or Hillary Clinton is a wasted vote.

Stein will hold another event Friday at the Fine Arts Building on Michigan Avenue around 11 a.m. Then around 4 p.m., she plans to hold a rally to protest the oil pipeline at Daley Plaza.
Related topics:
politicshighland parkaustinnorth dakotauptownloopprotestoilu.s. & worldgreen partywarrant arrests
Copyright © 2021 WLS-TV. All Rights Reserved.
RELATED 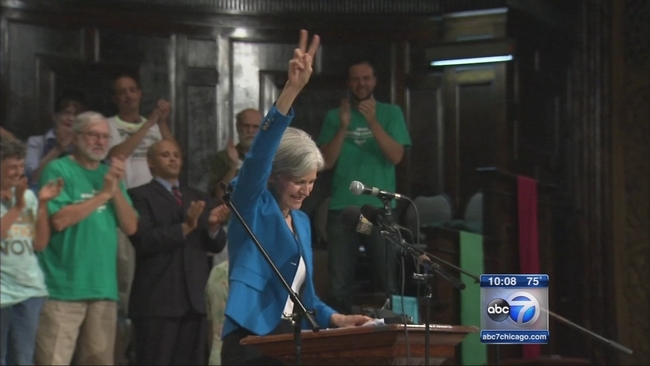