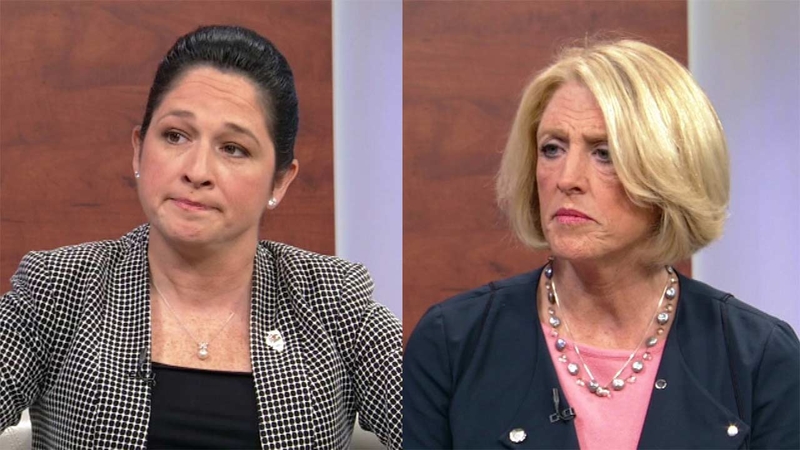 CHICAGO (WLS) -- The most expensive race in the state of Illinois this election year is for state comptroller.

Former state representative and current Chicago City Clerk Susana Mendoza, a Democrat, is running against the current comptroller, Republican Leslie Munger. She is a businesswoman appointed by Gov. Bruce Rauner after the death of Judy Baar Topinka.

"It's taken me eight elections to make it to this point where I'm asking the people to vote for me," Mendoza said.

"I'm new to state government. I'm the outsider here even though I'm the incumbent," Munger said.

Mendoza said her Republican opponent is funded in large part by the wealthy governor who appointed Munger.

"She spent ten years working in the legislature under Speaker Madigan," Munger said.

In what some pundits call a "proxy war," the campaigns have spent millions, each woman accusing the other of being the pawn of a powerful male politician.

"The governor has not bought me. In fact, I'm probably the most independent person here," Munger said.

"It is not an office that should be receiving checks into campaign accounts from the very person we're supposed to oversee," Mendoza said.

Munger is trying hard to break the Democratic Party's hold on the African-American vote. She's endorsed by the Chicago Defender newspaper.

"It is a step away from what has been the general trend of endorsing only democratic candidates," Chicago Defender Publisher Cheryl Mainor said.

Mendoza is supported by most of organized labor. And she demands that Munger denounce Donald Trump, the GOP presidential candidate.

"Let's be honest, it takes a half a nanosecond to know where you should be with Donald Trump with everything he's said," Mendoza said.

"I'm really working very hard to stay out of the issues at the top of the ticket," Munger said.

Again, this is a special statewide election to complete the term of the late Judy Baar Topinka. Whoever wins will serve only until 2018. At that point, the winner would have to make a decision on whether to run for re-election.
Related topics:
politicsspringfieldillinoiselection
Copyright © 2021 WLS-TV. All Rights Reserved.
RELATED 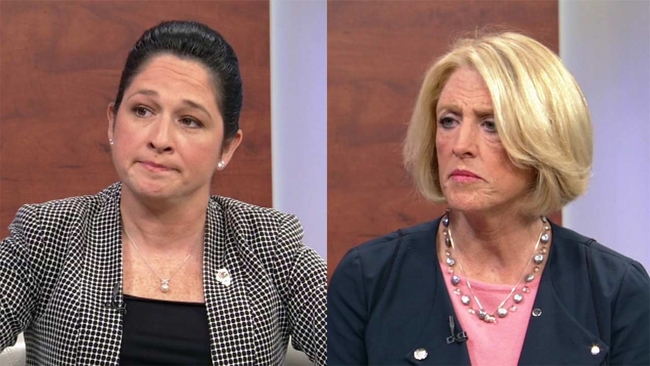