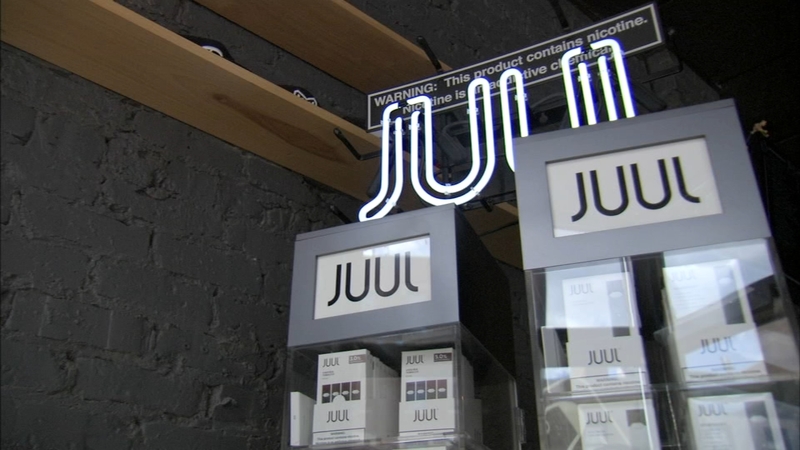 The largest e-cigarette maker is making changes amid nationwide concern against vaping, and Illinois lawmakers are putting more pressure on the industry.

Juul Labs also announced that the company is is suspending all broadcast, print and digital product advertising in the U.S.

RELATED: Juul CEO steps down, company suspends advertising in US

Vaping has been around in the country for more than a decade, marketed as a way to help smokers quit. But critics argue that it has become popular among youth, with more than a quarter of high school students vaping and an alarming number of them getting sick.

"Five million high school kids across this United States are currently vaping," said Democratic Sen. Dick Durbin of Illinois. "More will continue to unless we step in as a government and stop it."

News of recent illnesses and deaths related to vaping have increased pressure on the industry. Some political leaders said that's just a start.

"First of all, we've got to ban the flavors and e-cigarettes because that's what hooks kids," said Democratic Rep. Raja Krishnamoorthi of Illinois. "Secondly, we need to have a massive public health education campaign to make sure parents and students understand the dangers of vaping."

State Rep. Deb Conroy's mental health committee heard testimony earlier this week on her bill to ban flavored e-cigarettes. In Washington, the Centers for Disease Control and Prevention is also looking into illnesses related to vaping.

"We are getting new cases reported every day. What we don't know, unfortunately, is the cause," said CDC Deputy Director Anne Schuchat.