Outside the Capitol, hundreds supporting a group called Moms Demand Action rallied and put lawmakers on notice that if they don't do something, they will pay at the polls for the price families are paying from gun violence.

"We come together today to say enough! We demand more than thoughts and prayers from our lawmakers," said Lauren Quinn, Moms Demand Action Illinois.

The gun debate in the House focused first on a ban on bump stocks, which failed last year.

"I don't care what your call the device, you can call it a four-slice toaster, but if it causes a semi-automatic weapon to fire like an automatic weapon it ought to be banned in Illinois and this is our chance to do it," said Rep. David Harris, R-Mount Prospect.

The bill passed with bipartisan support. So did a bill to raise the age to buy assault style weapons from 18-21.

Lawmakers also considered bills that would require gun dealers to be licensed and would permit mental health protective orders to remove guns from those deemed a present danger to themselves or others. But gun rights groups say in the wake of Parkland, more gun laws aren't the answer.

"I have to tell you, I sense that everybody's in the mindset that we need to move forward on some of this common sense gun legislation," Johnson said.

"Today, Democrats and a few thoughtful Republicans stood up and answered the call, but the silence from Governor Rauner speaks volumes and is reflected in the fact that the majority of his caucus opposed even these most basic gun safety measures. While the successful passage of these bills is a critical step for safer communities, it should have been a step we took together rather than another example of the governor's failure to lead," Madigan said in a written statement.

Governor Bruce Rauner's press secretary responded in a written statement: "We will review any legislation when it is sent to the Governor's desk. However, today we were encouraged to hear a great deal of bipartisan conversation about the critical issue of protecting our families. We are in favor of that conversation continuing. We will work with the General Assembly to keep guns out of the wrong hands, ban bump stocks, make our schools safer and work with law enforcement to protect our children and families."

Cardinal Blase Cupich traveled to Springfield Wednesday to talk with lawmakers and hundreds rallied outside the Capitol putting elected officials on notice they want action.

Cardinal Cupich said that the young people of America are now shaming adults into action in the wake of the school shooting in Parkland, Florida.

The cardinal said he met with leading lawmakers on both sides of the political aisle to share his concerns. But he also said lawmakers need not rush to take action. But he saw some priority for certain new laws to get passed.

"It's having common sense laws that make sure people don't have high-powered magazines and can go in and shoot up churches, schools, recreational areas and neighborhoods," Cupich said.

While groups on both sides are making their concerns known, Cardinal Cupich met with leading lawmakers on both sides urging them to take some common sense action to reduce gun violence.

Turning the fight for gun safety measures into somewhat of a holy war, Cardinal Cupich said in the wake of the school shooting in Parkland Florida the young people of this country are shaming adults into action. He is urging lawmakers to enact common sense gun laws.

"Send a message that this is not about infringing the Second Right Amendment, but it's also about upholding the rights to life liberty and the pursuit of happiness that our young people are reminding us are also paramount and part of our constitution," Cupich said.
Report a correction or typo
Related topics:
politicschicagospringfieldpolice officer killedblase cupichlegislationgun control
Copyright © 2020 WLS-TV. All Rights Reserved.
RELATED 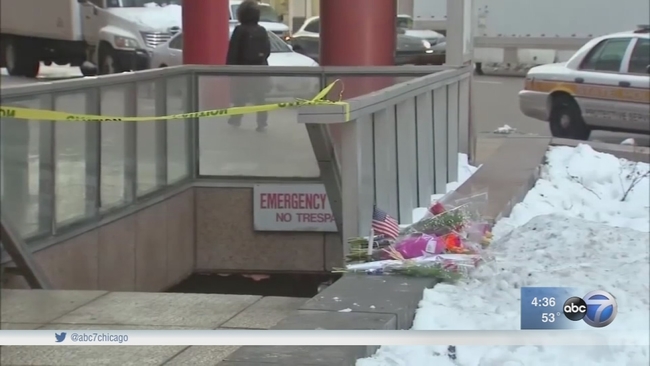