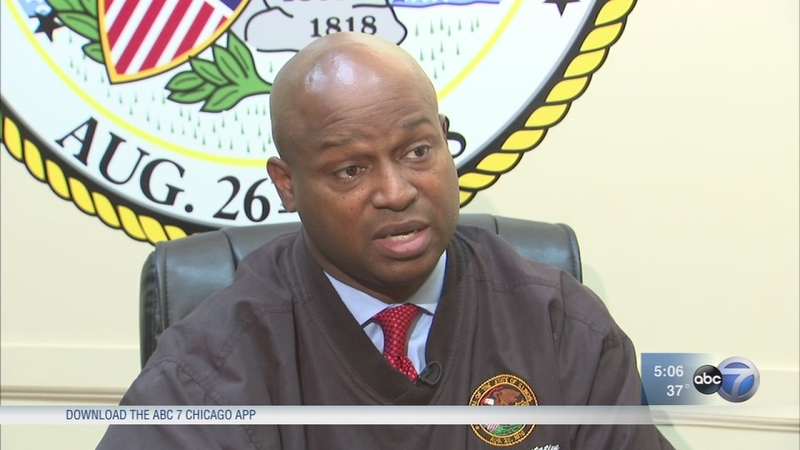 CHICAGO (WLS) -- The Illinois General Assembly has adjourned for the year without a balanced budget and without voting to override a veto of a pension reform bill for Chicago Public School teachers.

But on Friday, some Illinois Democratic lawmakers filed a lawsuit to get paid. They say Republican Comptroller Leslie Munger's delay in issuing their paychecks is unconstitutional.

With Illinois in dire fiscal straits, Comptroller Munger put lawmakers at the end of the line for pay so she could focus on struggling social services agencies. Now, three and a half weeks after the election, the politicians have gone to court to get their money:

Welch is one of six Democratic lawmakers who filed the lawsuit in Cook County Circuit Court. It contends that the executive branch of government - in this case the Comptroller's office led by Leslie Munger - is forbidden by the state constitution from holding undue influence over another branch, in this case the General Assembly.

"Good grief. I'm amazed," said Gov. Bruce Rauner. Still locked in a budget impasse with the General Assembly, he expressed his disbelief that the controlling Democrats would file such a lawsuit.

Rauner's appointed Comptroller Munger delayed lawmaker paychecks last summer. She lost her re-election bid to Democrat Susana Mendoza, who will take over the office on Monday.

"How cowardly that they refused to challenge any action while I was in office and now they are going to court when there will be a new administration taking office on Monday led by one of their own," Munger said.

Welch said he understands the political optics, but insists the court action is about the law and the separation of powers in Illinois.

"What we're addressing in this lawsuit are constitutional issues. And this is about preserving and protecting our constitution," Welch said.

In a statement, Comptroller-elect Mendoza says when she takes office on Monday, she will continue to delay lawmaker paychecks. But of course, because of the lawsuit, this is a matter now to be decided by the courts. In the past, judges have upheld the separation of powers argument.
Related topics:
politicschicagobruce raunerillinois budgetillinoispolitics
Copyright © 2021 WLS-TV. All Rights Reserved.
TOP STORIES
Body of missing Evanston swimmer recovered from Lake Michigan: FD
Search for Brian Laundrie in nature reserve called off for night
24 shot, 5 fatally, in Chicago weekend violence
What to do if a poser is using your pictures on social media
Elgin man charged in Kane County hit-and-run that injured motorcyclist
Steve 'Mongo' McMichael accepts ALS Courage Award
TIMELINE: What happened to Gabby Petito?
Show More
Chicago Weather: Mostly sunny, warmer Sunday
River North bar employee shot: CPD
Massive fire breaks out at Burr Ridge home
3-year-old boy shot in Calumet Heights neighborhood: CPD
Protesters claim Loyola Chicago is ignoring sex assault allegations
More TOP STORIES News