'It's really time for us to move on,' Mayor Lori Lightfoot says about firing of former CPD Supt. Eddie Johnson 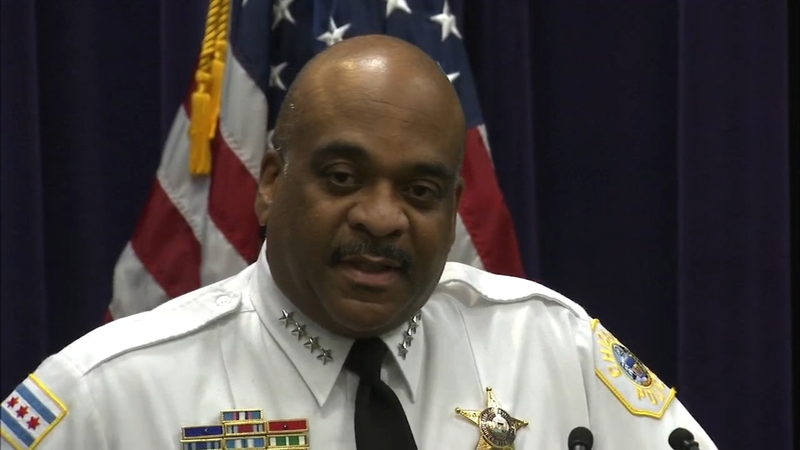 CHICAGO (WLS) -- Mayor Lori Lightfoot weighed in today on the Eddie Johnson saga for the first time since she fired him and since his surprising resignation from the force Wednesday.

Lightfoot is refusing to get into a back and forth with Johnson about whether or not he lied to her. She's standing by her decision to fire him for what she called his intolerable actions related to the night he was found asleep behind the wheel of his SUV.

Lightfoot said she will let the chips fall where they may if the inspector general's investigation reveals there was any kind of cover-up.

Eddie Johnson spent his first full day as a civilian on Thursday after retiring from the Chicago Police Department late Wednesday afternoon.

The mayor said there was no rush to judgement in firing him as CPD superintendent. Lightfoot said Johnson lied to her about what happened the night in October when was found asleep behind the wheel of his SUV parked at a stop sign just a half a mile from his home in Bridgeport.

"I read the inspector general's report and reviewed the underlying evidence, and made a determination that I needed to make a change and that's precisely what I did," Mayor Lightfoot said.

During a news conference about the city's winter preparations, the mayor dismissed Johnson's claims that he did not intentionally lie to her or the public.

"At this point Superintendent Johnson is no longer superintendent, no longer a member of the Chicago Police Department and it's really time for us to move on," Lightfoot said.

The mayor dismissed the notion Beck was brought in to be a department hatchet man as "silly."

"I expect him to make sure that the Chicago Police Department focuses on its primary mission which is to keep residents in every neighborhood safe, that's why he's here," Lightfoot said.

She would not comment on whether officers gave Johnson a pass that night. That's something she said the Inspector General's Office would determine.

"It's way premature for us to be speculating about who, about what, whether there's going to be actions taken. Let's let the IG do the work and then will have an opportunity to review it and let the chips fall where they may," the mayor said.

Under the new city ordinance about the release of inspector general reports, cases have to meet certain criteria, either involving a death, or being of compelling public interest and involve conduct that is or may be a felony.