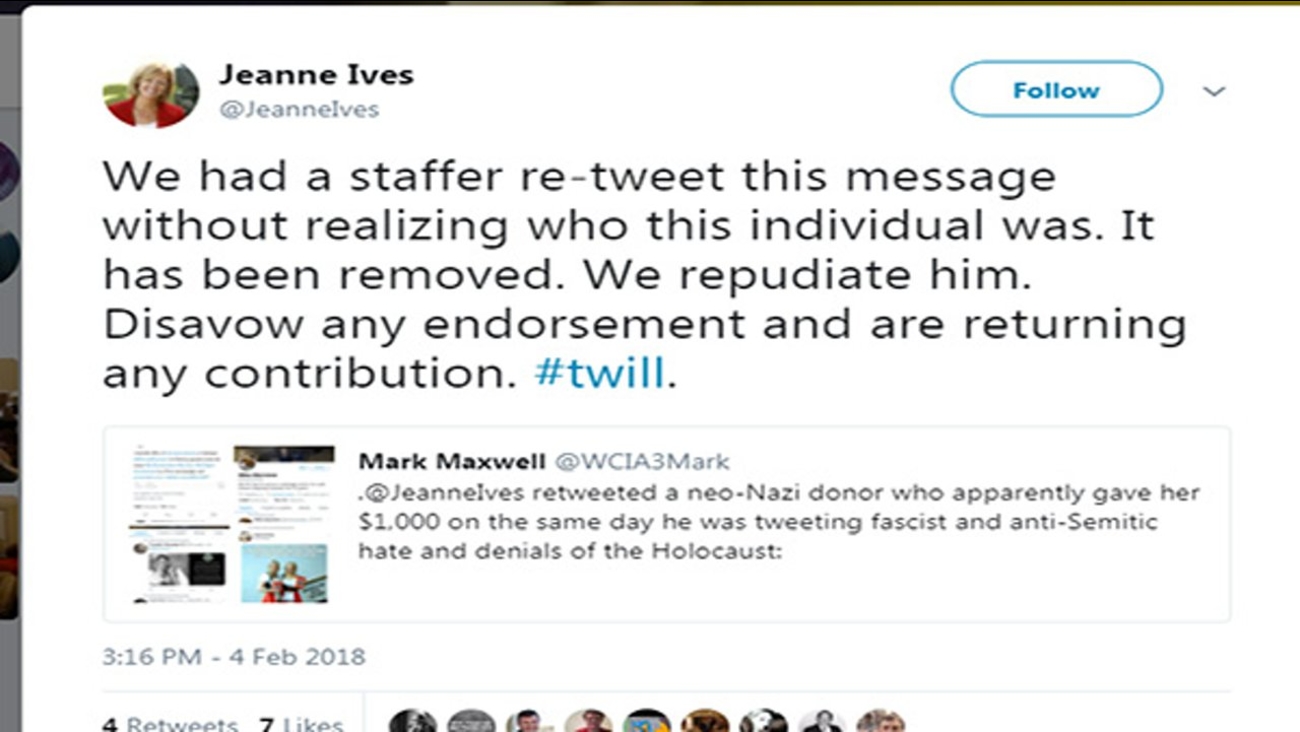 Republican candidate Jeanne Ives returned a donation to her campaign after it was revealed to have been from a Neo-Nazi.

The man, who posts as Mike Mazzone on Twitter, had donated $1,000 to Ives' campaign. His Twitter profile features a picture of him giving a Nazi salute.

In a statement released Sunday, Ives said the staffer didn't realize who the man was when they re-tweeted his post about the contribution.