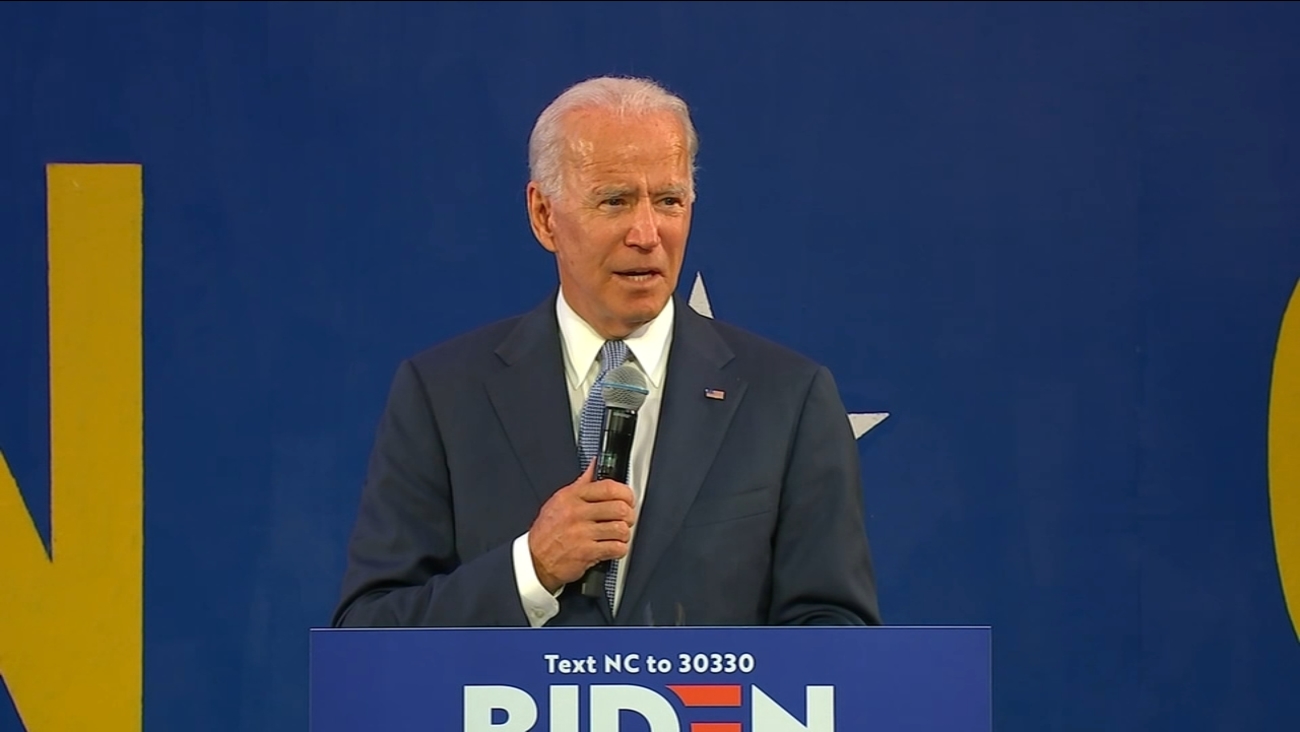 S.C. -- Former Vice President Joe Biden was denied communion Sunday at a Catholic church in South Carolina over his support for abortion rights.

Father Robert Morey, the pastor at Saint Anthony Catholic Church in Florence, told the Florence Morning News that he had denied Biden communion because "any public figure who advocates for abortion places himself or herself outside of Church teaching," CNN reported.

"Holy Communion signifies we are one with God, each other and the Church. Our actions should reflect that," Morey said in an email to the newspaper. He said that "as a priest, it is my responsibility to minister to those souls entrusted to my care, and I must do so even in the most difficult situations. I will keep Mr. Biden in my prayers."

Morey did not immediately respond to CNN's request for comment on Tuesday. Biden declined to address the matter Tuesday on MSNBC.

"I am not going to discuss that. That is just my personal life," he said.

Biden has said he would seek to codify Roe v. Wade, the landmark Supreme Court decision that established women's abortion rights nationwide -- a move that could protect that right from mounting legal challenges from Republican-led states.

He has also said he would seek to eliminate the Hyde Amendment, the federal law that bars federal dollars from being used to pay for abortions, except in the cases of rape, incest or when the life of the mother is in jeopardy. Biden previously supported the Hyde Amendment but reversed his position earlier this year amid criticism from his 2020 Democratic presidential rivals.

"I just refuse to impose that on others, unlike my friend here," he said, referring to then-Republican vice presidential nominee Paul Ryan. "I do not believe we have a right to tell women that they can't control their body. It's a decision between them and their doctor."

Catholic Democratic presidential and vice-presidential candidates have been denied communion over their support for abortion rights several times in recent decades -- at times exposing deep cultural rifts between conservative and moderate Catholics in the church's hierarchy.

In 2004, Cardinal Raymond Burke, the former St. Louis archbishop, said he would not give communion to Democratic presidential nominee John Kerry. He said his view, which was controversial at the time, was that the sacrament must be protected from someone "who knows that he or she is unworthy and yet presumes to come forward and to take the Holy Eucharist."

In 2008, Bishop Joseph Francis Martino of Biden's hometown of Scranton, Pennsylvania, said Biden would be denied communion in the Scranton diocese over his support for abortion rights.

In 2016, Virginia Sen. Tim Kaine, then the Democratic vice presidential nominee, faced criticism from individual priests over his positions on abortion, same-sex marriage and gender equality.