WLS
CHICAGO (WLS) -- Chicago Teachers Union President Karen Lewis is not running for mayor, and Eyewitness News has learned it is because she has a cancerous brain tumor.

Lewis reportedly underwent a five-hour surgery at Northwestern Hospital last week and is scheduled to undergo chemotherapy and radiation. Her illness is spelling an end to her mayoral bid.

The announcement came not from Karen Lewis, but from the coordinator of her exploratory committee: "Karen Lewis has decided to not pursue a mayoral bid. Yet she charges us to continue fighting for strong neighborhood schools, safe communities, and good jobs for everyone..."

"She's not speaking in her own voice. There's no quote or statement from her directly. It raises questions about just how seriously ill she is," said ABC7 Political Analyst Laura Washington.

Lewis, 61, has not been seen or heard from after being hospitalized October 5. A source confirmed to ABC7 what the Sun-Times is reporting - that Lewis has a brain tumor. The CTU vice president last week assumed her duties as president.

"My prayers and the prayers of my entire community go out to Ms. Lewis. Wishing her a speedy recovery," said Ald. Joe Moore, 49th Ward.

Lewis has long clashed with Mayor Emanuel and after establishing a campaign framework and contributing thousands of her own dollars. Recent polls showed Lewis as a viable challenger.

In a statement, the mayor said: "I have always respected and admired Karen's willingness to step up and be part of the conversation about our city's future, but nothing is more important than a person's health. Along with all Chicagoans, I will keep Karen and her family in our thoughts and prayers..."

"Karen and I find common ground on many issues. And her participation in this debate would have elevated it," said Fioretti.

For now it's unclear what effect this will have on others who may be considering a run for mayor. The deadline for submitting nominating paperwork is November 24, exactly six weeks from today. 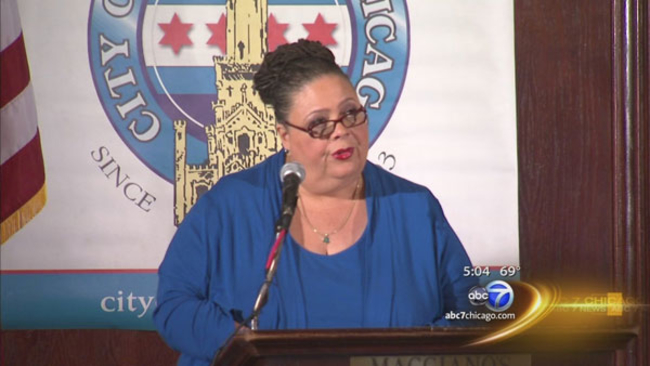 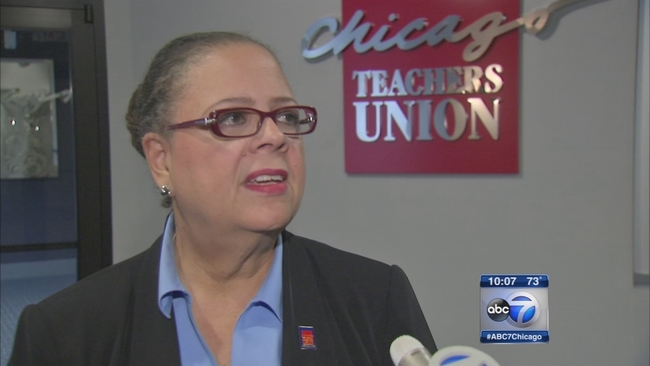