With an assist from her union's public relations department, Karen Lewis is raising her political profile, increasing speculation about her plans for 2015.

The noticeably slimmed-down CTU president is back in the office after a two-and-a-half week Hawaiian vacation. Her thoughts on running for mayor have not changed.

Lewis says she's opened a campaign-related bank account and formed a "kitchen cabinet" of unnamed close advisors. A decision to run, she says, would depend in large part on how many new voters her team can register.

"To continue to see the number of registered voters go up is important. I think those are the type of things you start looking at, those are your indicators," said Lewis.

As Mayor Emanuel took credit Thursday for improving elementary school test scores, Lewis said the scores have been going up for 20 years. And she said Chicago's violence is caused in part by Emanuel's support for closing schools and mental health centers.

"When you shut down mental health programs and mental health clinics, these are some of the things that exacerbate problems of violence that we have not had a real conversation about," said Lewis.

The mayor's political spokesman wrote today that "Emanuel remains entirely focused on fighting for good jobs, schools and safety... There will be plenty of time for politics once the field of candidates sorts itself out."

"I think the Mayor should be the advocate for the city, the entire city," said Lewis.
"Right now, I think a lot of people in Chicago feel they have no voice."

Lewis had been among those urging Cook County Board President Toni Preckwinkle to run before Preckwinkle announced she would not. I asked Lewis for factor that would cause her not to challenge Rahm Emanuel.

"I think that what would make me decide not to do it would be something deeply personal," said Lewis.

Lewis told Eyewitness News she has the support of her husband and family should she decide to run. While she has until December to file petitions, we'll have to see some other signs of a candidacy sooner than later. The city election is less than seven months from now. 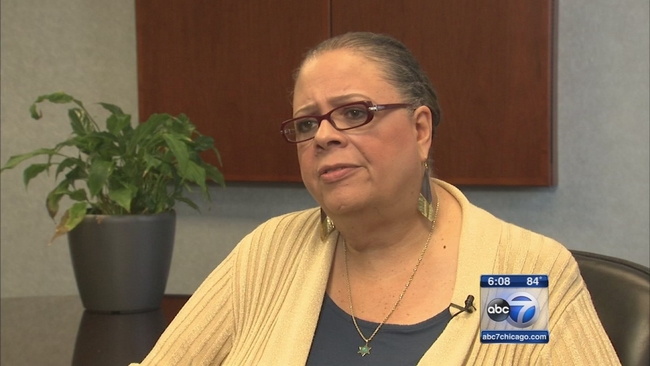