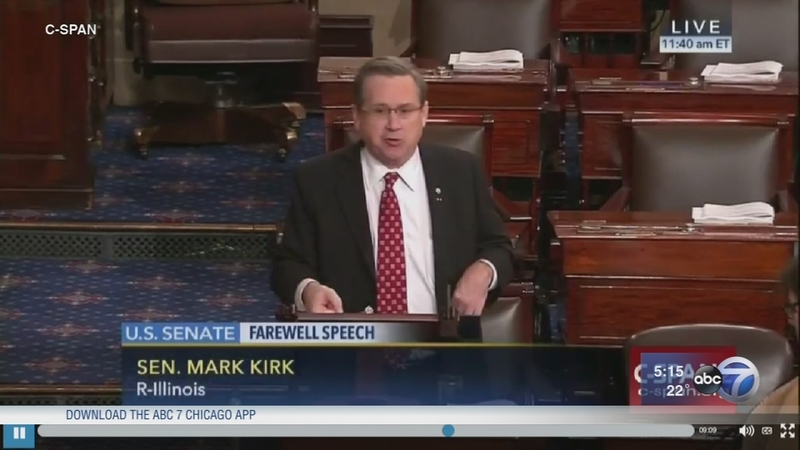 WASHINGTON (WLS) -- Senator Mark Kirk praised Illinois' inventiveness during his farewell speech on the floor of the U.S. Senate.

In a nearly 10-minute speech Thursday morning, the Republican reminisced about his five terms in the U.S. House before his serving one term in the Senate. He also talked about his early work investigating war crimes in Bosnia.

"I would say the United States is now the greatest force for human dignity we've ever seen and to make sure those values remain in place has been the heart of my service here in the Senate and the Congress," Kirk said.