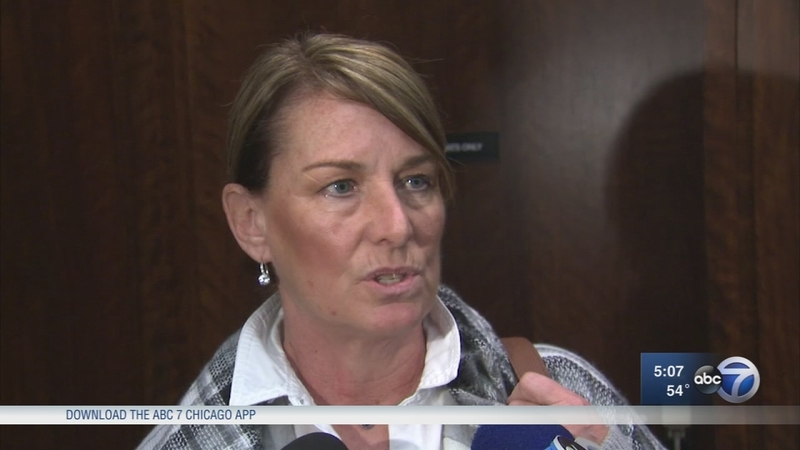 Lawmaker speaks out about 'inappropriate behavior' by Madigan operative

CHICAGO (WLS) -- The pressure continues to mount on House Speaker Mike Madigan after the dismissal of a second high-ranking operative from his political organization. Now the state lawmaker who was the victim of what Madigan called "inappropriate behavior" is speaking out.

"This is not about a witch hunt about any one person, this is about simply changing a culture," Conroy said.

One day after DeCremer was removed from all campaigns he'd been working on as part of Speaker Madigan's political machine, Representative Conroy was more interested in chairing a committee meeting in Chicago than delving into the inappropriate behavior DeCremer engaged in with her during her 2016 campaign.

"It was never meant to be public and it's just about a misuse of power, it really is and I just want to do my job," Conroy said.

Last week, Madigan fired another top campaign worker, Kevin Quinn, for sending inappropriate text messages to Alaina Hampton, who worked under him. Now there are renewed calls for Madigan to step aside.

"I think we need to make sure there's a full and thorough investigation of everything that's gone on and that investigation should enable us to figure out whether he ought to say on as Speaker," said Democratic candidate for governor Daniel Biss.

"I don't believe the Speaker did anything wrong, I don't know that he did, but unless he steps aside and allows someone else to lead that investigation, well, he'll never calm these waters," said Chris Kennedy, who is also running for the democratic nomination for governor.

Democrat Attorney General candidate Scott Drury sent Madigan letter Tuesday asking for a Robert Mueller-type investigation and calling on Madigan to testify about the harassment issues in his organization.

"It needs to be under oath because the public has no trust in speaker Madigan anymore, he's totally mishandled in this issue," Drury said.

But Conroy said those calls are about making political headlines. She defends how Madigan is handling things and does not believe he should step aside.

"How can you disqualify somebody from leading a charge to bring for a change when we're just in it now? I believe it's changing now. I believe standing up, and what Alaina Hampton said and what's being done now are all a part of changing your culture, so you can't condemn someone's attempt to change something when it's just starting," Conroy said.

Now Marie Newman, who is challenging incumbent Dan Lipinksi in the 3rd Congressional race, has joined the chorus of those calling for Madigan to step aside.