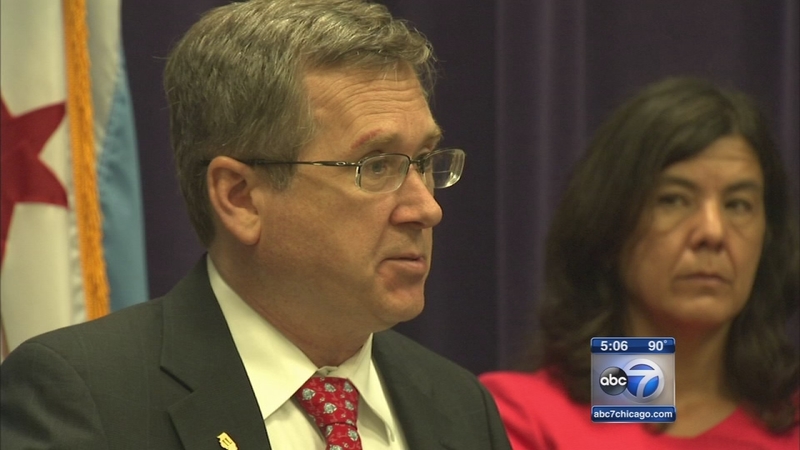 CHICAGO (WLS) -- Sen. Mark Kirk is explaining some controversial comments he made earlier this week during a radio interview.

During the interview, Kirk said he believes President Obama wants to "get nukes to Iran."

Kirk says he does not believe Iran's promise to use its nuclear program only for peaceful purposes, and blamed his anger about it for the controversial comments about the president.

During his first public appearance in Chicago since the Iran nuclear deal, Kirk said President Obama should have insisted on more concessions from the Islamic republic before economic sanctions are lifted.

"Even the president would say the sanctions that we put in place were the only reason why the Iranians came to the table," Kirk said.

In a Boston radio interview earlier this week, Kirk called the deal - which allows Iran to possess a limited amount of weapons-grade uranium - "unremitting garbage," an appeasement the likes of which had not been seen since World War II.

"This is the greatest appeasement since Chamberlain gave Czechoslovakia to Hitler," Kirk said. "Tens of thousands of people in the Middle East are going to lose their lives because of this decision by Barack Hussein Obama."

Then during the same interview, Kirk accused the president of what would amount to treason.

"It allows him to get what he wants on Iran, which is to get nukes to Iran," he said.

The senator backed off his charge Friday morning, saying his emotions got the best of him.

"That was me being too carried away. I've been pretty angry about the Iran deal," he said.

Senator Kirk, who suffered a stroke three years ago, is running for a second term. He is still trying to repair the damage last month, when he was recorded describing a bachelor Senate colleague as a "bro with no ho."

After he explained the radio interview, he did not apologize to the president and held to his opposition to Iran nuclear deal.

"One of my jobs in the Senate is to make sure the next generation of Americans never has to clean up a nuclear conflict in the Middle East," he said.

Kirk says he will join his Republican colleagues in the Senate and the House as soon as next week in a vote to disapprove the Iran nuclear deal.

The president, however, could veto the measure and the deal would stand.