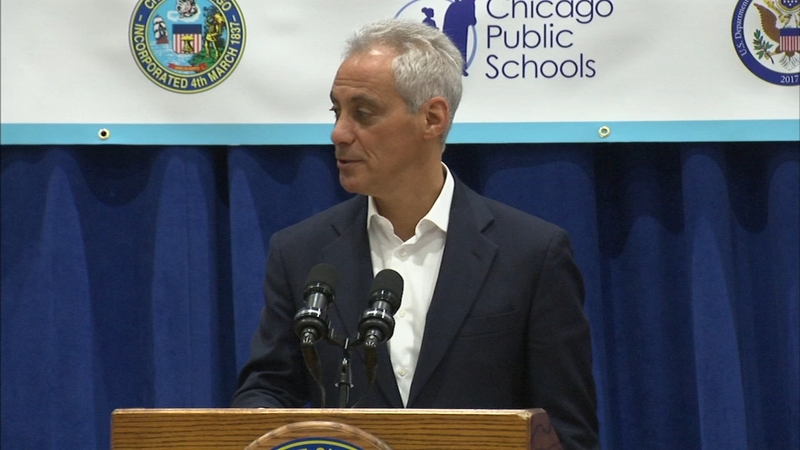 Mayor Rahm Emanuel doled out hundreds of thousands of dollars to city council allies at a breakfast meeting Wednesday.

The money was given to help more than 20 aldermen in their re-election campaigns, some of whom face a very serious challenge in the spring.

6th-Ward Alderman Roderick Sawyer, a beneficiary of the mayor's so-called "no friends left behind" campaign, said he will use the unexpected gift for other purposes.
Sawyer showed off the surprise envelope he got from the mayor as he stood with members of several community groups who will benefit from Sawyer's plans to pay it forward.

"Unbeknownst to me, and I think unbeknownst to everybody there, the mayor proceeded to state that as you leave out, we have something for you, and they're checks for $20,000," Sawyer said.

Sawyer said he plans to give $2,000 each to ten community groups.

Reboyras said he was very grateful for the money, as he is facing a serious challenge from Jessica Gutierrez, daughter of retiring Congressman Luis Gutierrez.

Other beneficiaries who made no apologies about the money

"Course I accepted it and I have no problem with it, it's just that much more money I can give to the little leagues, the schools, the parks," said Alderman Nicholas Sposato, 38th Ward.

Sposato doesn't see the mayor or his money as a political liability.

"I think anybody who has half a brain realizes he's done a lot of good things in almost the eight years he's done," Sposato said.

After an event at a northwest side school, Emanuel brushed off questions about the campaign cash, which he previously said would be returned to donors because he is not seeking reelection.

"Don't worry about the campaign there will be plenty of time for that," Emanuel said.

Sawyer said what others do with their checks is not his concern.

"I would never try to impose that upon them, even as chair of the Black Caucus, that's not my duty," Sawyer said.