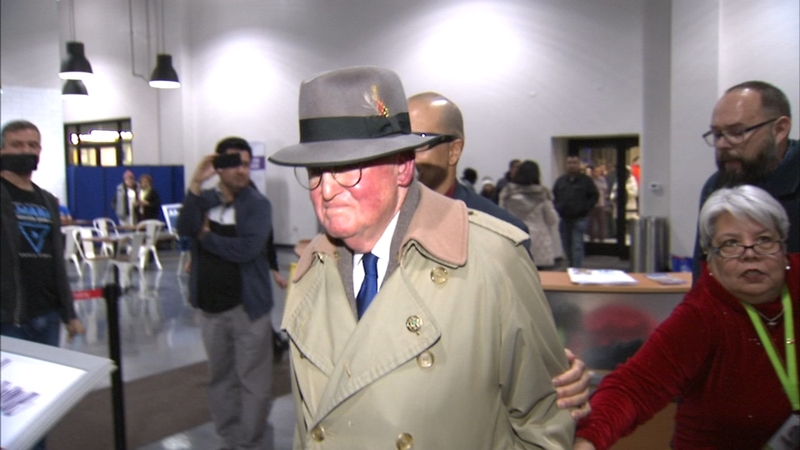 CHICAGO (WLS) -- Federal authorities may be investigating other individuals as part of their probe of Alderman Ed Burke's office, according to newly-released court documents.

The documents released by the city include two search warrants executed Nov. 29 and Dec. 13 at Burke's Finance Committee offices in City Hall. They refer anonymously to individuals A, D, E, F, G and H and entities A-N, which the FBI was apparently seeking documents and communication about.

"It says that there's - it's a pretty broad scope to the investigation, involves some number of people who can be any combination of wrongdoers, witnesses and victims," said ABC7 legal analyst Gil Soffer.

Burke is accused of shaking down a restaurant owner, trying to steer property tax business to his law firm Klafter and Burke in exchange for building permits.

One paragraph where the feds say they are looking for "documents and communications evidencing agreements to compensate any party for business or income realized by Klafter and Burke... including but not limited to agreements concerning referral fees, fee-splitting, fee-sharing and consulting agreements" was among several that caught Soffer's eye.