New website for information on political protests in Chicago 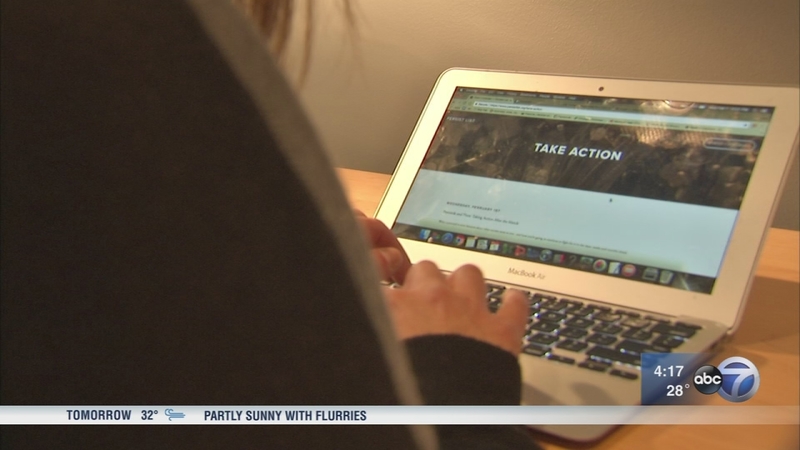 New website for information on political protests in Chicago

CHICAGO (WLS) -- The wave of political protests is growing, with people taking their concerns and causes to the streets. There's a new website where you can find out about Chicago area demonstrations you might want to join.

The Chicago Women's Rally inspired a woman in Chicago's River North neighborhood for the website idea. Karen Goldman felt frustrated in her search to become more politically active, so she created PersistList.org.

"I decided to have one centralized location for those in the community who wanted to get involved in political activism especially for those who are beginners," said Karen Goldman, Persist List developer.

The website allows people and organizations, no matter how big or small, to post their event, rally or march. Goldman hopes it will become a one stop shop.

"I've had a really nice response for those who want a simple place where they don't feel so powerless and helpless right now in such a politically divisive climate," said Goldman.

One of the first listings on this website took place at the Federal Plaza. It was organized by Chicago Women Take Action.

The event was the Chicago stop on a bus tour called "Save My Care" which is concerned with access to affordable healthcare.

"I think it's a great service. I will look at it every day, probably more than once... we need that communication," said Jane Ramsey of Chicago Women Take Action.

Goldman stated that she is inclusive with all those who would like their event posted, but with this caveat.

"As long as they are not violent, not extremist and use appropriate language, I would be happy to add them to our event list," said Goldman. "We just need to do something, we need to get together and find a way to involve people. And I thought, 'this is something I can do.'"
Related topics:
politicsriver northchicagoprotestwebsites
Copyright © 2021 WLS-TV. All Rights Reserved.
TOP STORIES
CPD elective time 'restricted' for foreseeable future: internal memo
Heaviest pumpkin in US disqualified for crack
When will mask mandate end? Chicago's top doctor weighs in
Loop store finally takes boards down more than a year after unrest
4 hurt after Amtrak train collides with semi car hauler: VIDEO
Jelani Day's mother pleads for federal help in investigation
Vigil held for Chicago teen killed in East Garfield Park shooting
Show More
Strike dodged with deal between film and TV crews, studios
Chicago Weather: Bright sunshine, slightly milder Sunday
Man fatally shot leaving gas station in Roseland
Mom delivers 14 lb. baby after suffering 19 miscarriages
State trooper hit by DUI driver on I-90, police say
More TOP STORIES News