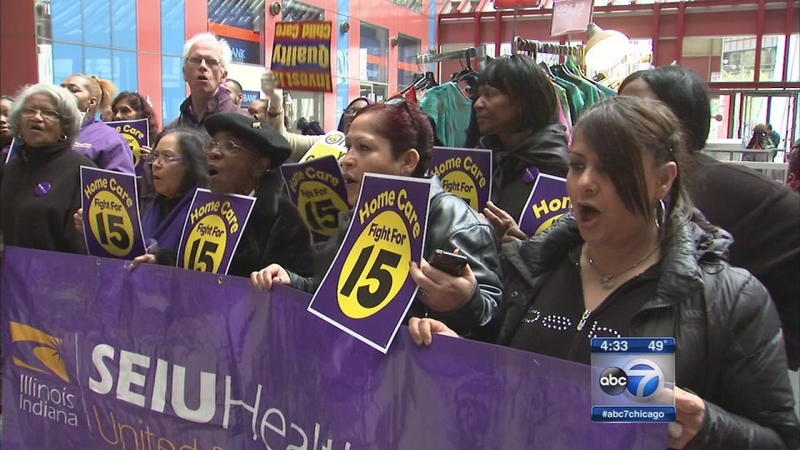 SPRINGFIELD, Ill. (WLS) -- Problems are expected in the Illinois home healthcare system when an overtime ban on workers goes into effect this Sunday.

Geneva Davis is home healthcare worker for Carmen Gunn and two other homebound patients. She visits all three patients once a day.

"That takes me into the 40 hour a week limit for overtime," Davis says.

"It's a big problem. There's a lot of abuse of overtime. I would say there's a concern," Rauner said.

SEIU healthcare--in stalled contract negotiations-- claims the Rauner administration is trying to limit workers to 40 hours a week and use part-timers for those patients who need additional care:

"What he's saying is you should get another worker to do those other hours and many of these consumers do not have another worker," says Keith Kelleher, SEIU Illinois.

"My caregiver does everything for me," says Carmen Gunn.

Gunn suffers diabetes and heart disease and dreads the idea of a part-time caregiver to replace hours worked by Davis.

"And if she can't be here with me, it's just drastic. I might have to go in a nursing home," Gunn says.

The governor insisted his administration is not trying to drive down wages. And he condemned the union's rhetoric in the midst of stalled contract talks.

"This is the misinformation that's swirling on that issue and many others. This is not true. Just fundamentally not true," he says.