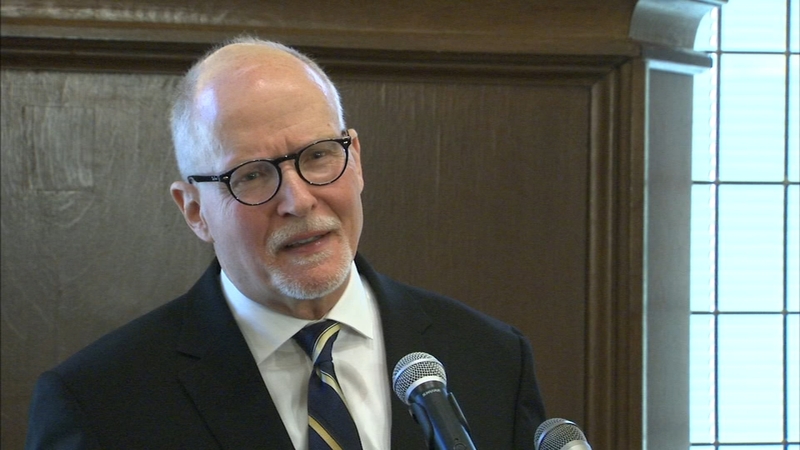 He said he wants to run an issues-oriented campaign, but made clear that he's ready to rumble with Mayor Rahm Emanuel if needed.

"People don't like the mayor. Sorry, they don't like you, you're a bully, you intimidate people," Vallas said during his hour-long campaign kick-off news conference at the City Club of Chicago.

"I'm running because the city's in deep trouble, and I have the experience and the track record of success to offer and implement solutions to effectively and affordably address the city's issues," Vallas said.

The Emanuel campaign has blamed Vallas for starting the pension mess before he left his job as head of the Chicago Public Schools.

"He's going to say that over and over again, he's going to tell the big lie, very Trump-like if you ask me," Vallas said, adding that pensions were fully funded when he departed in 2001.

"I intend to make the tough decisions, the decisions that are needed to be made and I intend to do that on day one," Vallas said.

Meanwhile, Emanuel surrogates, including two alderman and a state representative, fired shots at Vallas over his comments this week about not supporting $175 million in taxpayer dollars for the Obama Presidential Center.

"To all of a sudden turn your back on something that is unprecedented in the scale and scope of its job creation, education and cultural benefits, doesn't understand when it comes to equity and make sure that all parts of the city are growing together," Mayor Emanuel said.

Vallas said while he supports the center he would look for other ways to fund it. Vallas said his wife Sharon knows there will be a price to pay in what he expects to be a rough-and-tumble campaign.