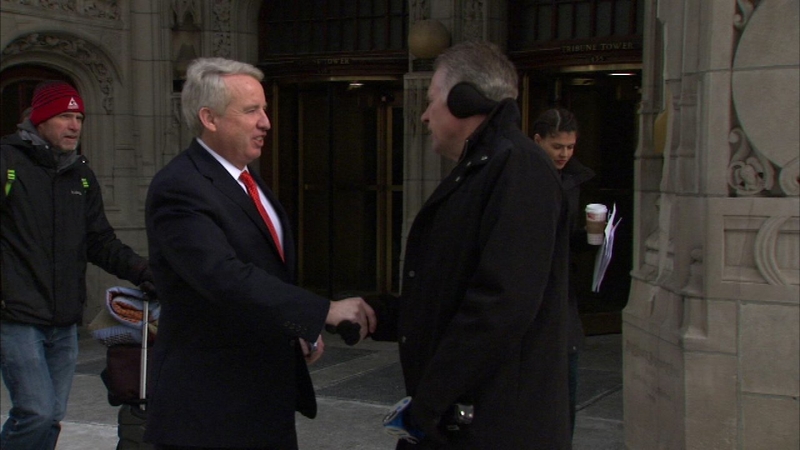 CHICAGO (WLS) -- The governor's race could be at a turning point for Democrats vying for their party's nomination. And with the primary quickly approaching, there could be mounting pressure on one candidate in particular.

It was not too long ago that Chris Kennedy was seen by many as the best challenger to J.B. Pritzker. But after a couple of stumbles during and after some candidate forums this past week, some political observers say Kennedy needs to rev up his campaign quickly, before it's too late.

Time is of the essence for Kennedy. And with Biss launching a new TV ad attacking Kennedy and Pritzker by trying to tie them to President Donald Trump and Governor Bruce Rauner, Tillery said Kennedy needs to make a move now with a new TV ad of his own. Kennedy's campaign says they will, soon.

"Not necessarily a negative ad because again, this is a primary, but an ad that's going to give him a little bit more than his name recognition something substantive, something where he can distinguish himself from the technocrat Pritzker, or the progressive Biss," Tillery explained.

"He needs more than an ad to go up, he needs a series of ads. In fact, he needs to go up and not come down through March 20 is what he needs at this point," political consultant Delmarie Cobb said.

Kennedy took heat from his rivals after saying he "applauded" Governor Bruce Rauner for his attack ads on J.B. Pritzker featuring wiretaps of Pritzker talking to Rod Blagojevich about possible political appointments. Then during the first live TV debate Kennedy was unable to come up with anything nice to say about Pritzker.

"I think he still has an opportunity to correct any mistakes he's made, I mean they haven't been fatal blows at all, they've been what I would call novice mistakes," Cobb said.

Cobb said with billionaire Pritzker spending $42 million already, with more to come, Kennedy and Biss are, at this point, fighting for second place.

"They've got to hope that either Pritzker makes a misstep or something comes out," Cobb said.

Pritzker has tried to campaign as the best person to challenge Rauner, which is where his attacks have focused. Biss' campaign is about being the middle class alternative to the other wealthy candidates.