Protesters face off outside Trump Tower in Chicago

WLS
By Diane Pathieu and Leah Hope
CHICAGO (WLS) -- Dueling groups of protesters faced off Tuesday in front of Trump International Hotel and Tower. Both groups said they want their voices heard and plan to keep supporting their candidate until Election Day.

During the busy Tuesday morning rush hour, a group of self-described feminists carried graphic pro-women signs referencing lewd comments Trump made about groping women in a 2005 conversation with TV host Billy Bush. A recording of the exchange was made public this month.

Two groups of protesters faced off Tuesday in front of Trump International Hotel and Tower. Both said they want their voices heard.

Many of the signs could not be shown on TV. But their message was clear: they believe Trump is a sexist, who has gotten away with years of mistreating women.

"Women are angry. I mean, we're tired of being silenced. Sexual assault and rape culture is nothing new so Trump is just giving us a visible reason, but I think a lot of women who are here today are here about things they have been feeling for a long time," said Alicia Swiz, an anti-Trump protest organizer.

Some gathered at the protest highlighted the power of the female vote, chanting "women united will never be defeated."

Another group, which was much smaller but just as vocal, was stationed across the street. They said they believe Trump is the right candidate for president, not Democratic Presidential Candidate Hillary Clinton, and believe the women protesting him have a skewed view of reality.

"Donald Trump loves women! He loves all of you [expletive]," a pro-Trump protester yelled.
"I'm offended at the hypocrisy because they support a candidate that has Validated Bill Clinton's sexual assault for decades. Hillary Clinton has enabled Bill Clinton. More women were sexually assaulted because of Hillary Clinton's actions," said Suzanne Monk, a pro-Trump protester.

Dozens of Chicago police officers surrounded both groups and barricades were set up around Trump Tower to ensure a safe and peaceful environment.

The Chicago protest was in conjunction with other anti-Trump protests across the country, including Washington D.C. and New York. Some of the women at Tuesday's protest left to register to vote.
Related topics:
politicsriver northnew yorkwashington d.c.donald trumpprotesttrump tower
Copyright © 2020 WLS-TV. All Rights Reserved.
RELATED 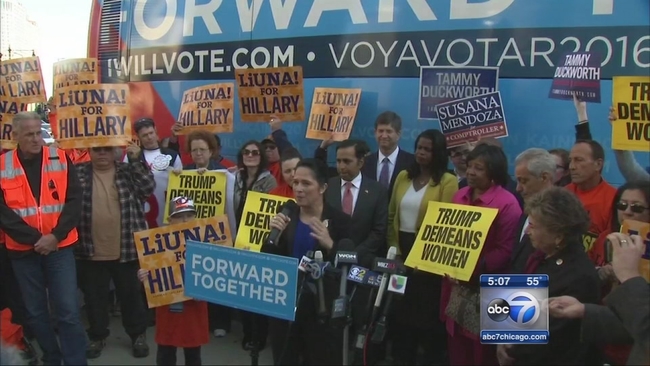 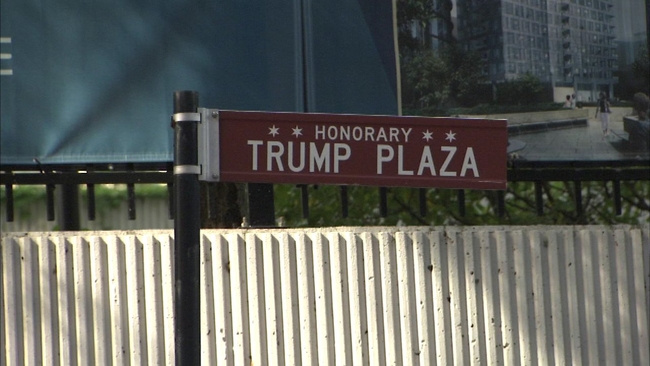 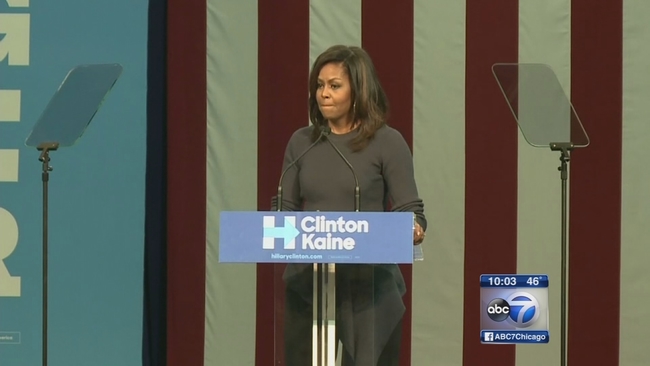