Speaking publicly for the first time since Tuesday night, Rauner appeared rested and relaxed as he introduced his transition team that will help him form his new administration.

"We are committed to making our transition team broad, inclusive, diverse, representative of the leadership throughout the state of Illinois," Rauner said.

With that vision, part of his transition team spoke, including businesswoman Arabel Alva-Rosales, Rev. James Meeks, and Bill Daley.

"All of us, Democrats, Republicans, Independents must move forward together and support our new governor," said Bill Daley.

It's a bi-partisan message and diverse group, but what does this mean?

"Rod Blagojevich had a great transition team, too. Doesn't necessarily indicate you're going to have a successful run as governor. But again, it's part of the game, it's a little bit of the show," said Paul Green, director of Roosevelt University's Institute for Politics.

On education, Rauner said schools must be properly funded.

"He should be in a good position to speak directly to his friends who have money and say, "friends, we have to chip in for good quality schools," said Jesse Sharkey, vice president of the Chicago Teachers Union.

Rauner also said Thursday afternoon that despite a looming budget deficit caused by the year-end expiration of most of the income tax increase, he does not want the lame duck General Assembly to consider extending the higher tax rate until after he takes office on January 12.

"I hope that there will be no real significant action taken during the lame duck and with a governor on the way out. I hope that anything of is significance to be addressed can wait until mid-January so we can all deal with it together on a bipartisan basis," Rauner said.

Rauner said he would be disappointed if lawmakers passed and Gov. Pat Quinn signed a bill to raise the minimum wage that did not include pro-business reforms.

The governor-elect's next move is to thank voters during a statewide tour on Friday. 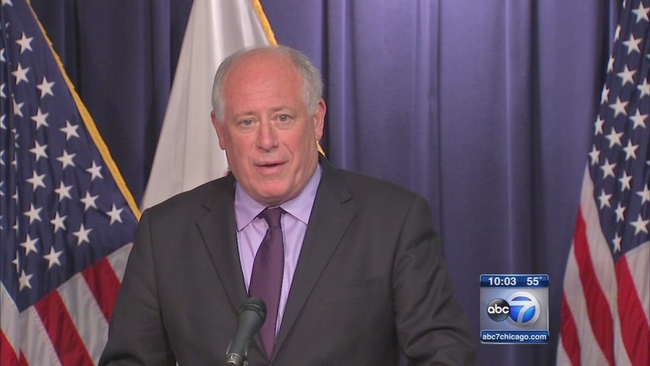 Quinn concedes race: 'It's clear we do not have enough votes'
More Videos
From CNN Newsource affiliates
TOP STORIES