WLS
SPRINGFIELD, Ill. (WLS) -- Much more than any such gathering in the last 13 years, Illinois Republicans were hoping this year's state fair event would show them as unified and on the upswing. Instead, there was uncertainty around the no-show of one prominent Republican.

After Gov. Rauner arrived on his motorcycle for the first Republican "Governor's Day" in over a decade, he was asked about the candidate who supposedly will lead the party's ticket in 2016. Incumbent Sen. Kirk did not attend what leaders here called an "historic gathering" in Springfield.

"Charles, I just learned that he's not here today, I really don't know why. I don't know," Rauner said.

Kirk, who suffered a major stroke in 2012, was listed as one of the hosts for an event following the picnic. He didn't show up there either.

"I would have liked to have seen him here. But I don't know. I don't know what the problem is," said Boone Wooden, R-Gallatin County Chairman.

Kirk's absence was unmentioned by speakers at the party's breakfast in downtown Springfield. The statewide Republican chairman explained the senator was in Chicago.

"Mark Kirk I was told is dealing with, some Israeli Consulate right now and talking about the situation with Iran," said Tim Schneider, Illinois Republican Chairman.

There were no Kirk campaign signs alongside the others posted around the governor's lawn and no mention of his re-election candidacy during the program.

The senator's campaign manager - who did attend the day's events - insisted the Illinois Republican Party had not lost any faith in Kirk. 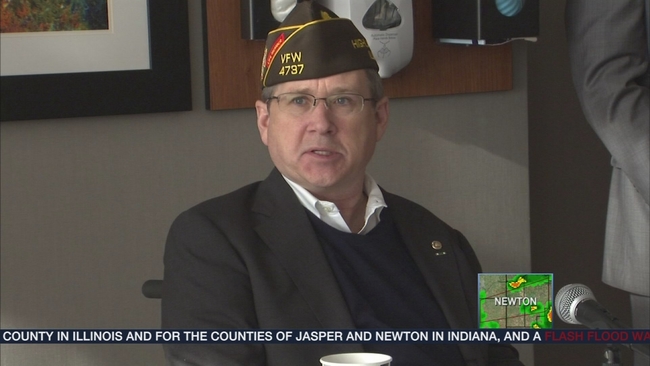