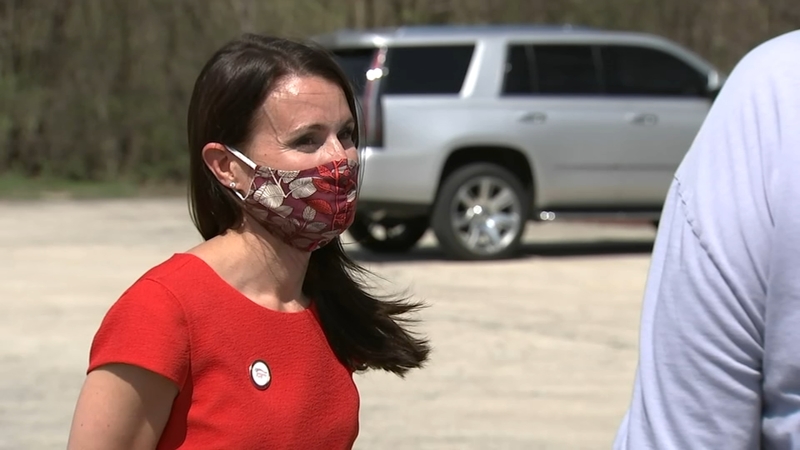 The polls opened at 6 a.m. and most closed at 7 p.m. However, 30 Cook County precincts were given permission to stay open for an additional hour, until 8 p.m., due to late opening. Click here to see the full list of precincts open until 8 p.m.

There are several historic elections in multiple suburbs, with women poised to take the reins for the first time.

Willow Springs, whose population of just over 5,000 residents live tucked along the banks of the Des Plaines River and Chicago Sanitary and Ship canal, have never elected a female mayor in its 129-year history, until now.

"I love this town," said Melissa Neddermeyer, candidate for mayor. "I was born and raised here, and now I'm raising my own three sons here, so it's very near and dear to my heart."

Neddermeyer is running for mayor unopposed. For the past four years, the 40-year-old lawyer has served as the village's only female trustee.

Residents headed to the polls Tuesday said it was about time, especially in a town that long ago had a reputation for organized crime and corruption.

"I have not seen a woman on the ballot in all the years I've lived here," said Connie Kent, voter. "I think women are steeling out because they feel they have the right to."

And it's not just Willow Springs. Another historic election is being held in Flossmoor, where voters will elect a woman as mayor for the first time. Doctor Lakshmi Emory and Michelle Nelson are running to replace Mayor Paul Braun, who is retiring.

In Aurora, incumbent Mayor Richard Irvin is being challenged by Alderman Judd Lofchie and John Laesch. Irvin was elected in 2017 and is Aurora's first African American mayor.

In Broadview, Mayor Katrina Thompson is being challenged by Sherman Jones. Thompson is the village's first female African American mayor.

Like many suburban school districts, how District 225's board has handled COVID is at the center of this year's election.