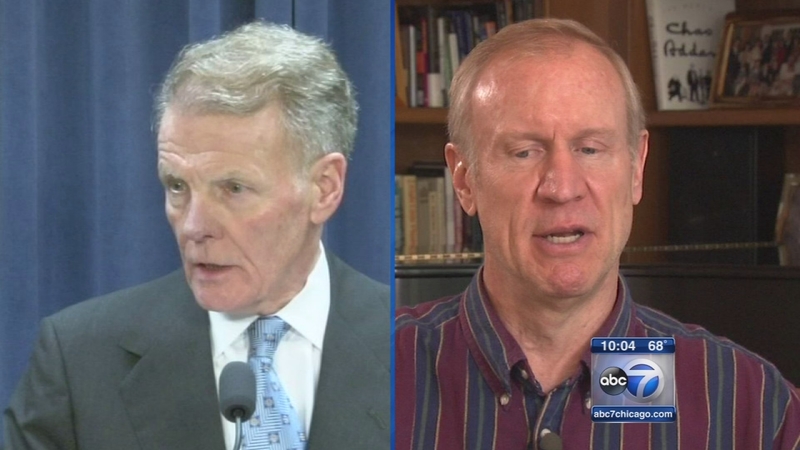 SPRINGFIELD, Ill. (WLS) -- Illinois lawmakers have hours remaining to pass a state budget. If a deal isn't reached by Wednesday, funding for certain state agencies will be lost. Governor Rauner is telling workers they should still report to work and they will get paid, even if a deal isn't reached.

If July 1st arrives without a budget deal, state offices will remain open, but the Attorney General says rank-and-file workers will only be paid the federally-mandated minimum wage. However, they will be eligible for back-pay once a budget is approved.

The bigger impact will be felt by those who do business with the state - including everyone from social service agencies to construction crews - because there will be no money to pay them.

In the meantime, House Speaker Michael Madigan is asking 15 state agency directors to come to Springfield to detail their plans for a shutdown.

While Madigan and Rauner prepare for a shutdown, neither are working together to avoid the budget crisis. Both Gov. Rauner and Speaker Madigan are standing their ground while state lawmakers blame the stalemate on both men.

"He's taken particularly some of the union issues off the table," says State Senator Matt Murphy of Rauner's efforts to reach a deal. "He's extended the olive branch, I have not seen one piece of evidence of Mike Madigan trying to cooperate with the governor, it's all been a one way street."

The standoff arose after Rauner rejected a Democratic budget that was sent to him with a $3 billion budget shortfall. Democrats argue state taxes need to be raised to cover revenue lost after a reduction in the state income tax rate in 2014. Monday, a coalition of community groups, unions, and social service providers called for a progressive tax system that will ensure the top 1 percent pay more.

"There is a fair and equitable solution to the problem: let's tax the very wealthy, let's tax the big corporations and let's use that revenue to fund the services our communities so desperately need," said State Rep. Will Guzzardi.

Services may be cut if an agreement is not reached soon. In a written statement Monday, Gov. Rauner said, "Illinois' fiscal crisis is years in the making because of the decisions by Speaker Madigan and the politicians he controls, and we are in the need of real reforms to grow the economy."

"You can't just raise taxes, you need reform as well," said Rep. Murphy. "And that's really what the governor is pushing for. Let's not just raise taxes as a default again, we've got to change the way we operate, too."

It is likely people will not feel the effects of the possible shutdown immediately because the state is already behind in paying its bills, social service agencies will be paid from what they are still owed. But after a few weeks, that will change. Many non-profits with state contracts cannot operate without state money.

There were lots of questions, but few answers in Bolingbrook, where legislators heard from their constituents Monday night.

"You're right, Rauner didn't create this mess and we're not saying he did. I've been there two years and I didn't create it," said State Sen. Jennifer Bertino-Tarrant, D-Joliet.

Manley is the only practicing certified public accountant in the Illinois General Assembly. She told the crowd Monday night that, as a CPA, she can't defend how the state's done business.

"The people I usually talk to feel very disengaged, disenfranchised. Having them here tonight proves they're re-energized and want things to change," Manley said.