PHOTOS: Meet the team Donald Trump has named for his administration 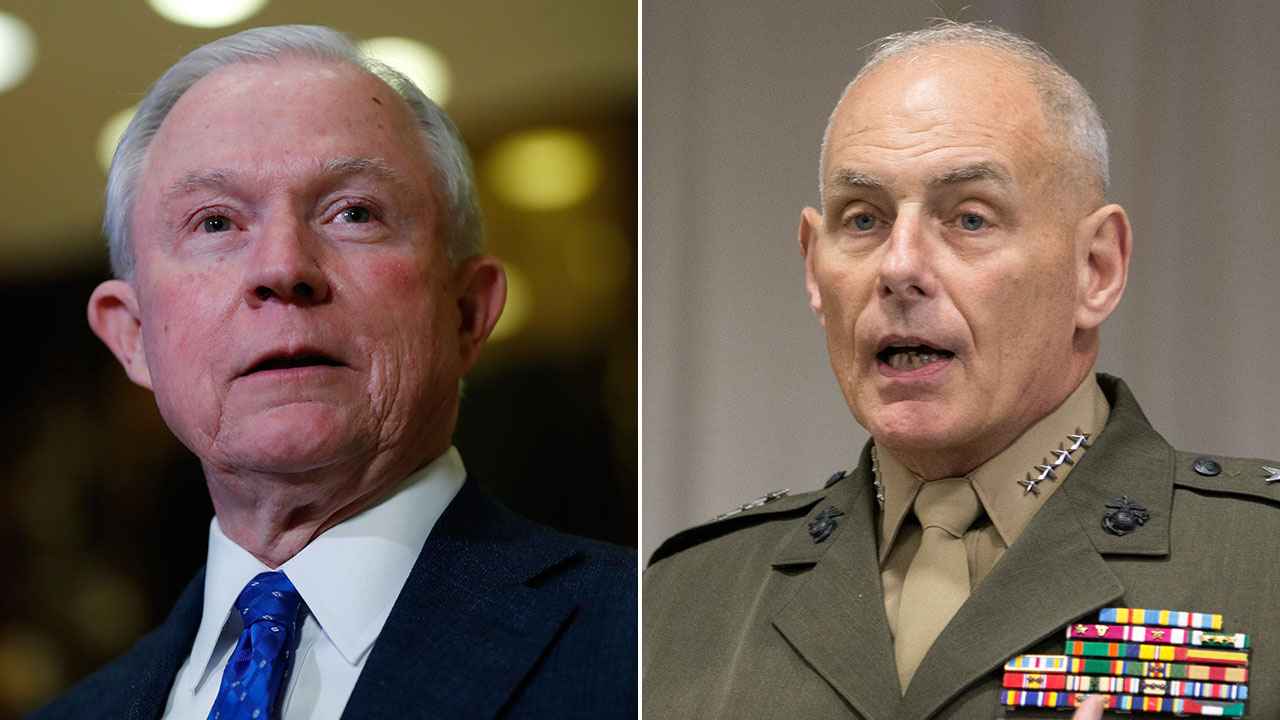 All three have been fierce critics of President Barack Obama's handling of terrorism and international relations. In tapping Sessions and Flynn, Trump is also rewarding loyalty from two of his most ardent supporters during the presidential campaign.

Trump is a foreign policy novice and his early moves on national security are being closely watched both in the U.S. and overseas. Sessions and Pompeo would both require Senate confirmation before assuming their designated roles; Flynn would not.

Flynn, who has called Islam a "political ideology" that "hides behind being a religion," will work in the West Wing and have frequent access to Trump as he makes national security decisions. Trump said in a statement Friday that Flynn would be "by my side as we work to defeat radical Islamic terrorism, navigate geopolitical challenges and keep Americans safe at home and abroad."

Like Trump, Flynn has called for the U.S. to work more closely with Moscow. But his warmth toward Russia has worried national security experts, particularly after he traveled to Moscow to join Russian President Vladimir Putin at a celebration for RT, a Kremlin-backed television channel. Flynn said he had been paid for taking part in the event and brushed aside concerns that he was aiding a Russian propaganda effort.

But the Alabama lawmaker could face obstacles in his confirmation hearing, even with Republicans in control of the Senate. He withdrew from consideration for a federal judgeship in 1986 after being accused of making racist comments while serving as a U.S. attorney in Alabama, including calling a black assistant U.S. attorney "boy" in conversation. Sessions denied the accusation.

Sessions has tangled with the past two Democratic attorneys general on whether terrorism suspects deserve American constitutional rights in civilian court and on the planned closure of the Guantanamo Bay detention facility. He's also been protective of the attorney general's right to refuse a legally unsound directive from the president.

Pompeo is a conservative Republican and a strong critic of Obama's nuclear deal with Iran. A three-term congressman, he graduated from the United States Military Academy at West Point and from Harvard Law School.

Pompeo has said that Muslim leaders are "potentially complicit" in terrorist attacks if they do not denounce violence conducted in the name of Islam. "They must cite the Quran as evidence that the murder of innocents is not permitted," he said in a 2013 House floor speech.

A member of the House intelligence committee, Pompeo said former National Security Agency contractor Edward Snowden should face the death penalty for taking and releasing secret documents about surveillance programs in which the U.S. government collected the phone records of millions of Americans.

Trump called Pompeo "an unrelenting leader for our intelligence community to ensure the safety of Americans and our allies."

Trump has made no public appearances this week, but his private meetings have signaled a focus on national security. He met Thursday with Japanese Prime Minister Shinzo Abe, his first face-to-face meeting with a foreign leader since winning the election.

He also consulted with former Secretary of State Henry Kissinger and sat down with South Carolina Gov. Nikki Haley, a potential contender to lead the State Department.

In a separate gesture of reconciliation with establishment Republicans, Trump planned to meet with 2012 Republican presidential nominee Mitt Romney, who lambasted Trump as a "con man" and a "fraud" in a stinging speech in March. Trump responded by repeatedly referring to Romney as a "loser."

The two began mending fences after Trump's victory when Romney called with congratulations. They are to meet this weekend, a transition official says. Campaign manager Kellyanne Conway says they are still "working on" the meeting.

Since his stunning victory over Hillary Clinton last week, Trump has spoken with Putin, British Prime Minister Theresa May and nearly three dozen other world leaders by telephone.

Ron Dermer, Israel's ambassador to the United States, also visited the Trump Tower and called the billionaire businessman "a true friend of Israel." He specifically cited as another "friend" Trump campaign CEO Steve Bannon, whose selection as a top White House adviser has created a backlash among Democrats. Bannon's news website has peddled conspiracy theories, white nationalism and anti-Semitism.