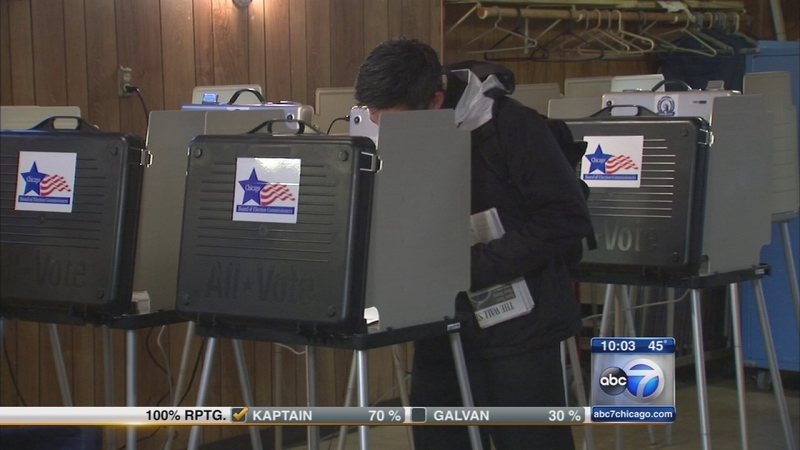 CHICAGO (WLS) -- Election officials say turnout in Tuesday's runoff election exceeded that of the February election, as voters throughout the city headed to the polls in the Chicago's first mayoral runoff election in city history.

CLICK HERE for the latest election results from ABC7

Election officials predict turnout will be around 40 percent. Mayor Rahm Emanuel won re-election over Jesus "Chuy" Garcia by about the same number of votes as he did in the February election, with a margin of 50,000-60,000 votes.

Both candidates turned out the supporters they had in February and about the same number of newly registered voters; they appear to have split the votes that candidate Willie Wilson got in the February election.

PROBLEMS AT THE POLLS

Polls opened at 6 a.m. Tuesday, though some late openings prompted Chicago Board of Elections officials to keep some precincts open until 8 p.m. in Wards 1, 41, 42 and 46.

Election officials said judges were removed at precinct three in the Third Ward as well as precinct 14 in the 38th Ward and precinct 14 in the 33rd Ward. One of the judges was reportedly playing music too loudly and became belligerent when asked to turn it down.

Although few problems were reported at other precincts, election officials say an oversized Uncle Sam inflatable doll in the city's 13th Ward went from spectacle to spectacular election violation.

The doll is said to be up at every election, but this year an Emanuel supporter attached a sign to it saying "Vote for Rahm." But also this year, the basement of the home sitting behind the doll is being used as a polling place.

"We have to measure to make sure that it was less than 100 feet from the polling place - which is electioneering, and we guard very carefully the rights of our voters today and we have that sign being removed," said Chairman Langdon Neal, Chicago Board of Election Commissioners.

Suburban voters headed to the polls as well, as there are a number of contested races for mayors and village presidents. Two suburban Cook County polling places in North Riverside and Blue Island remained open until 8 p.m. as a result of late openings.

All other polls in the city and suburbs closed at 7 p.m. Tuesday. 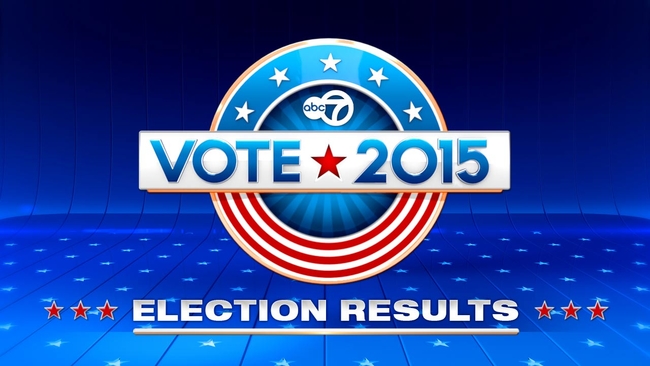 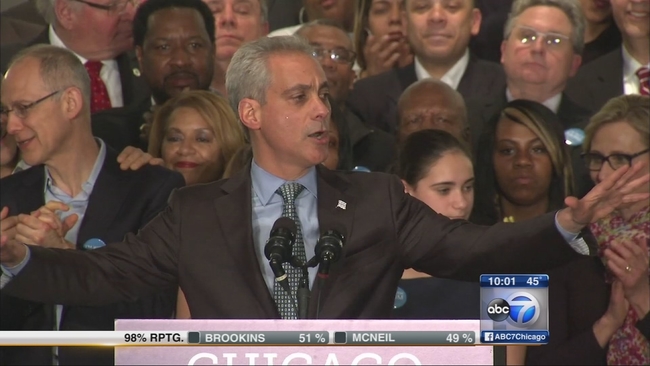 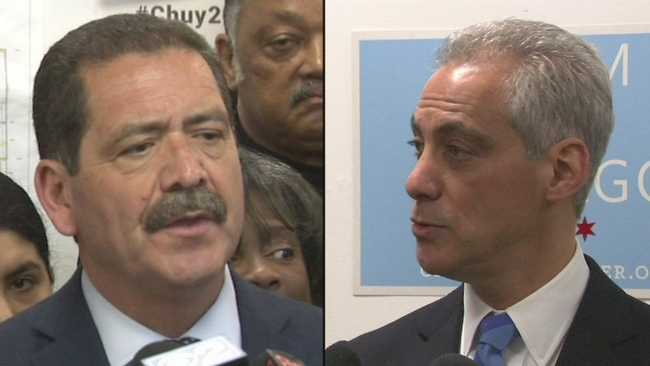 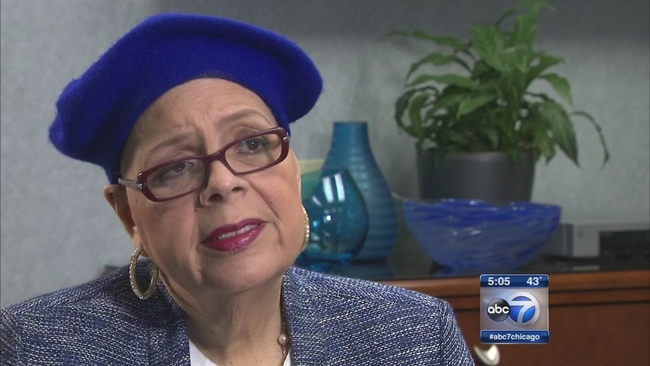