WATCH: Here's Hillary Clinton's 'thank you' to Bernie Sanders at the DNC 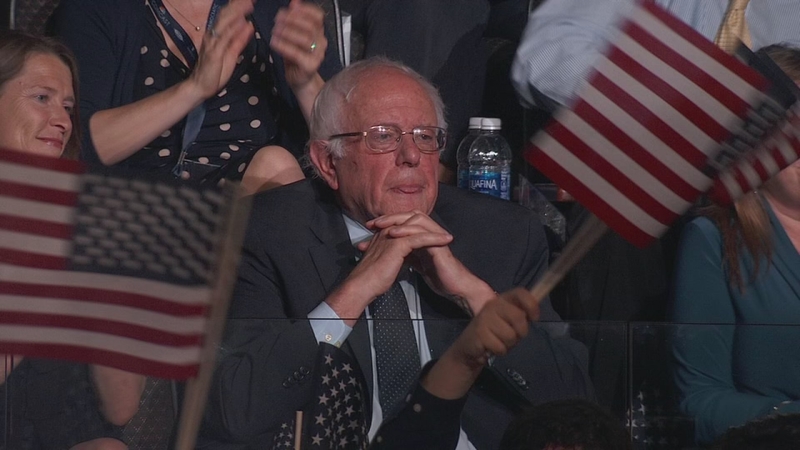 DNC: Hillary thanks Bernie at DNC

"Bernie, your campaign inspired millions of Americans, particularly the young people who put their hearts and souls into our primary," Clinton said.

Clinton said she's heard the views of Bernie Sanders' steadfast supporters and says their cause is her cause.

She praised Sanders for putting economic and social justice issues "front and center" - where she said they belong.

And she told Sanders' supporters the country needs their "ideas, energy and passion."

She's asking them to move forward and turn their platform into "real change for America."

Sanders later responded on social media, and signaled once again a call for his supporters to back Clinton:

I congratulate @HillaryClinton on this historic achievement. We are stronger together.