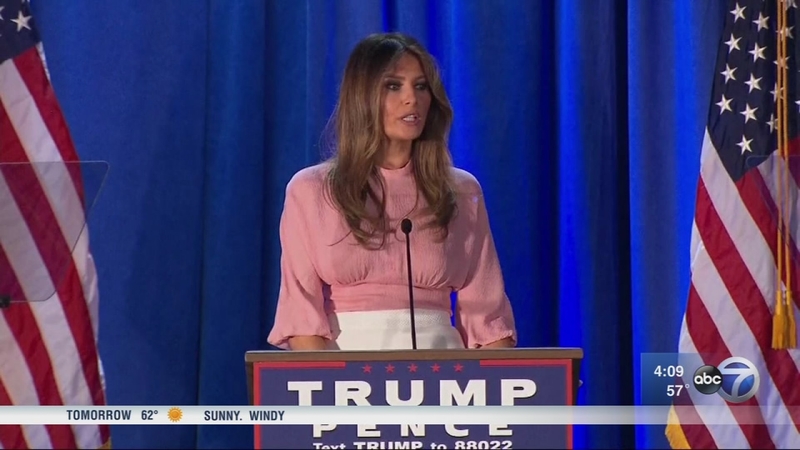 Melania Trump for the most part has kept a low profile during the campaign. But now she's poised to become only the second first lady to be born in a different country.

Melania Trump grew up in a formerly communist country and said as a girl she was inspired by the election of Ronald Reagan.

The 46-year-old Slovenian immigrant is now the first foreign born first lady since John Adams' wife Louisa. Her road to the White House was anything but conventional.

She met Trump in 1998 when she was modeling in New York. The couple married in 2005 and welcomed a son, Barron, a year later. Melania said he was largely the reason she was absent from the campaign trail.

"My priority is my son, Barron, our son, Barron. And I support him 100 percent," she said.

In July she was warmly greeted as she took the stage at the Republican National Convention, but her words were widely criticized for bearing a striking resemblance to Michelle Obama's 2008 DNC speech.

After that, Melania kept a lower profile. But just last week she hit the battleground state of Pennyslvania to campaign for her husband, showing voters her more personal side

"I'm an immigrant, and let me tell you, no one values the freedom and opportunity of America more than me," she said.

Melania revealed one of her biggest platforms will be combating cyberbullying as first lady.

The Trump kids are also making their way to the White House. Daughter Ivanka Trump had been a secret weapon on the campaign trail.

"Well, we're very proud of our father and what he's accomplished. It is amazing. I've been joking for a while that when we started even just this project, we said Trump was coming to Pennsylvania Avenue," she said.

Ivaka is a business tycoon in her own right, with a multi-million dollar lifestyle brand. But in the days leading up to the election she's been distancing herself from her father's campaign, trying to save her brand from boycotts.

With a big White House win last night the Trump oldest children now ready to charge in the family business while dad takes charge in the country. Donald Jr. might even be eyeing a political future of his own.