Who will replace Mike Madigan as Illinois House speaker?

Chris Welch appears to hold advantage as Democrats caucus in Springfield
WLS
By Craig Wall
SPRINGFIELD, Ill. (WLS) -- Things are beginning to shake out in the race to replace Mike Madigan as Speaker of the Illinois House of Representatives, but deal making continues behind the scenes.

Both Stephanie Kifowit and Ann Williams dropped out of the race Tuesday night. The scramble among the candidates to build a winning coalition has still not produced anyone with enough votes to be elected Speaker, but Democrats are hoping it will be resolved by Wednesday.

While lawmakers work to finalize their legislative work to wrap up this session, a handful who want to be the next Speaker of the House are busy with their own agenda: cutting deals with members to get their votes.

"Primarily people are looking for leadership roles and influence," ABC7 political analyst Laura Washington said. "The next House speaker will have a team of leaders that will have control of legislation, and most folks, they're out there looking for a leg up."

Four candidates have either declared or are considering a run. Chris Welch, Ann Williams and Jay Hoffman from downstate were all in as of 5 p.m. Tuesday. Fred Crespo, the chair of the Latino Caucus, is also considering entering the race, per Springfield sources.

With Madigan announcing Monday he was suspending his bid to get reelected speaker because he did not have the votes, a coalition of women's groups is pushing hard to elect one of their own.

"It's time for a woman, and we're very excited at this opportunity," said Alexandra Eidenberg, Illinois Democratic Woman. "This would be the first time in Illinois that a woman would be our speaker, and the coalition that I DW and about a dozen organizations has put together is really to see a woman. The time is now."

Welch is considered the current frontrunner after winning the unanimous support of the 22 members of the House Black Caucus. He is a close Madigan ally - which could help him win support, but could also be a liability.

"A lot of people want to see Madigan gone and they want to see his type of governing gone. That might work against Chris Welch," Washington said.

"We as a caucus have gone through tough things together before. And we've worked together well and we've stuck together well. And whatever divides us we're all still Democrats and we want strong Democratic leadership for this House," said State Rep. Kelly Cassidy (D- Chicago).
Report a correction or typo
Related topics:
politicsspringfieldillinoismike madiganstate politics
Copyright © 2021 WLS-TV. All Rights Reserved.
MIKE MADIGAN 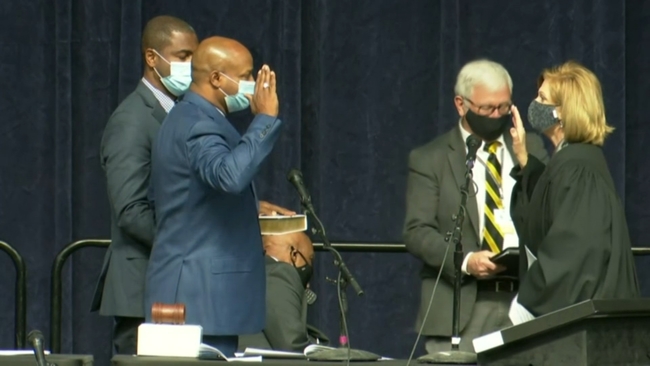