WLS
By Craig Wall
CHICAGO (WLS) -- The woman who accused a former political consultant for House Speaker Mike Madigan of sending inappropriate text messages also alleges there was a cover-up.

Alaina Hampton spoke Tuesday about the alleged misconduct by her supervisor Kevin Quinn, the younger brother of Chicago Ald. Marty Quinn (13thWard), who was her boss and mentor. Kevin Quinn was fired Monday after an investigation.

She alleges that Quinn's inappropriate texts went on for five months. In the texts, he repeatedly asked her to dinner or drinks. In seven instances, she said she told him she wanted to the keep the relationship profession but he didn't stop.

"During my time of employment with the Democratic Party in 2016 and 2017, my supervisor was harassing me for a span of 5 months," Hampton said.

Later, she sent a handwritten letter mailed directly to Speaker Madigan. He had his attorney Heather Wier Vaught investigate. But that dragged on for more than two months, during which time the statute of limitations for criminal charges expired.

"The Speaker has had the letter for three months, it doesn't take three months to read those text messages and know that that behavior was inappropriate it would take all of 20 minutes to know that that was sexual-harassment," Hampton said.

"You have to remember that it is important that these be fair and balanced, Ms. Hampton had a story to tell, Ms. Hampton had information, but I also had to get facts on the other side," Vaught said.


Hampton quit her job out of fear and frustration in April. She had worked for the 13th Ward Democratic organization run by Madigan and Ald. Quinn.

"I do not want my job with the Democratic Party back," Hampton said. "Accepting that they weren't going to protect me and that I was going to lose everything I worked for because a man could not control himself was devastating. I never wanted to do this but I know that my silence only protects the perpetrator and the organization, which will allow this situation to happen to someone else."

Ald. Quinn said when he was first made aware of the harassment in a year ago he told his brother to stop. But it was not until months later he was aware of the actual texts.

Hampton has filed a complaint with the Equal Opportunity Employment Office, and is considering a possible federal lawsuit. 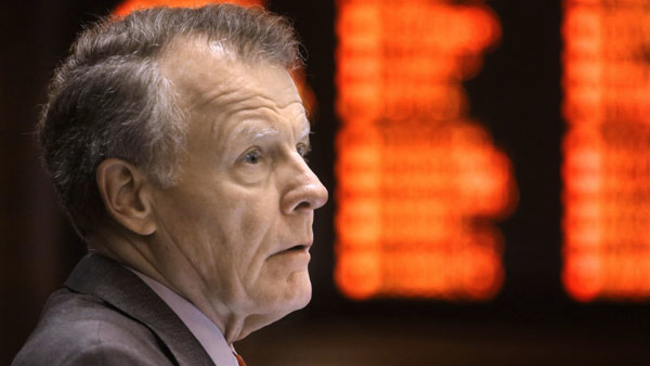