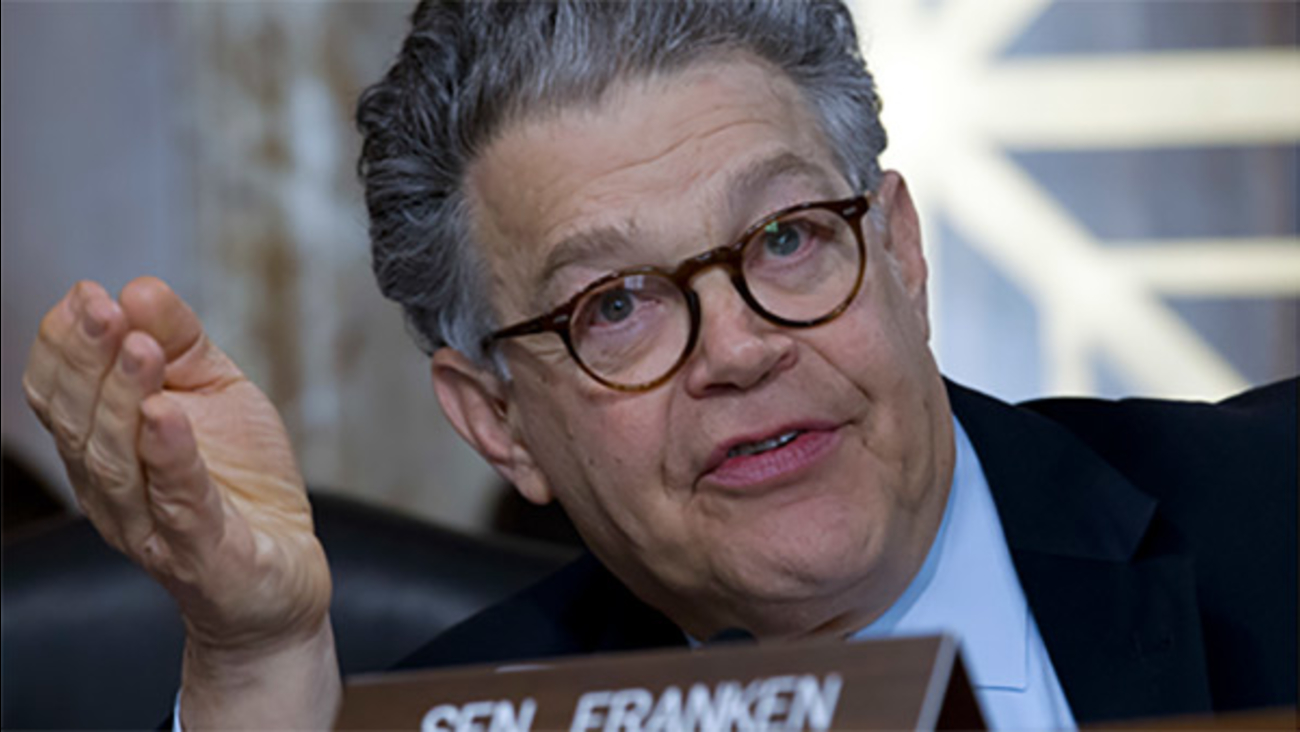 A woman says Sen. Al Franken inappropriately touched her in 2010, telling CNN that he grabbed her buttocks while taking a photo at the Minnesota State Fair.

It is the first allegation of improper touching by Franken, who is a Democrat, while he was in office. It comes just days after Leeann Tweeden, a local radio news anchor in California, said that Franken forcibly kissed and groped her in 2006, when Franken was a comedian.

Franken has since issued an apology to Tweeden and faces a potential investigation by the Senate Ethics Committee.

Lindsay Menz, a 33-year-old woman who now lives in Frisco, Texas, reached out to CNN on Thursday hours after Tweeden made her story public. Menz said she wanted to share an "uncomfortable" interaction that left her feeling "gross."

According to Menz, she attended the Minnesota State Fair with her husband and father in the summer of 2010, almost two years after Franken was elected to the Senate. Her father's small business was sponsoring a local radio booth, and she spent the day meeting various elected officials, political candidates and celebrities and taking photos with them as they stopped by the booth.

When Franken walked in, Menz and her husband, who also spoke with CNN, said they recognized him right away. Menz said she had a brief and cordial exchange with the senator.

Then, as her husband held up her phone and got ready to snap a photo of the two of them, Franken "pulled me in really close, like awkward close, and as my husband took the picture, he put his hand full-fledged on my rear," Menz said. "It was wrapped tightly around my butt cheek."

"He reached around her and kind of pulled her into him," said her husband Jeremy Menz, who didn't see what happened behind his wife. "He pulled her in and pushed his head against her head. It was over pretty quick."

Lindsay Menz told CNN that she walked away as soon as the photo was taken, without saying anything to the then-first term senator. When she reconnected with her husband moments later, she told him: "He totally grabbed my butt." Jeremy Menz described that conversation the same way to CNN.

In a statement to CNN Sunday, Franken said he did not remember taking the photo with Menz and that he felt "badly" that she felt disrespected.

"I take thousands of photos at the state fair surrounded by hundreds of people, and I certainly don't remember taking this picture," Franken said. "I feel badly that Ms. Menz came away from our interaction feeling disrespected."

"I felt gross. It'd be like being walking through the mall and some random person grabbing your butt," Lindsay Menz said. "You just feel gross. Like ew, I want to wash that off of me."

"I was upset. I wasn't happy about it in the least," Jeremy Menz said. "He was already gone and I wasn't going to confront him. But yeah -- I was in shock, really."

Menz's father, Mark Brown, was also in the radio booth that day but didn't witness the moment. But he told CNN that his daughter told him about the incident right away.

Menz's mother, Jodi Brown, also told CNN that she discussed the incident with her daughter immediately after it happened. She said she distinctly recalls her son-in-law saying to her: "Our senator just groped my wife right in front of me."

In the photo of Menz and Franken, the side of the senator's face is pressed up against Menz's but the lower halves of their bodies are not shown. Both of them are smiling.

Menz posted the photo with Franken on Facebook at the time, on August 27, 2010. Her sister, Cari Thunker, commented under the photo: "Sorry, but you two aren't Bibles (sic) width apart" -- a reference, Thunker explained to CNN, to how physically close Menz and Franken were in the photo.

Menz responded to her sister on Facebook: "Dude -- Al Franken TOTALLY molested me! Creeper!" (The exchange is visible to Menz's Facebook friends.)

Minnesota statutes state that "intentional touching of the clothing covering the immediate area of the buttocks" is not considered criminal sexual conduct.

Menz told CNN that what happened immediately after she took the photo with Franken that summer day in 2010 has also stayed with her. Standing nearby was another politician -- then-Minnesota Rep. John Kline.

As she was getting ready to take a picture with Kline, Menz said the congressman asked her whether they should "mutually put our arms around each other" -- an interaction that struck her as being in stark contrast with what she had experienced moments ago with Franken.

Reached on the phone on Friday, Kline, a Republican who retired from Congress this year, confirmed that he attended the Minnesota State Fair in 2010, as he did most years. Kline could not remember seeing the interaction between Menz and Franken. But when CNN described Menz's recollection of her interaction with Kline before they took a photo together, he told CNN: "As a matter of practice, I did that all the time."

"If somebody wanted a picture, I would ask: should I put my arm on your back or your shoulder?" Kline said. He said that as a congressman, he was particularly inclined to do this when taking photos with women.

Lindsay and Jeremy Menz moved from Minnesota to Texas in 2014. Lindsay Menz is now a stay-at-home-mom of three young kids. Neither is registered with a political party and she said she has equally supported Republican and Democratic candidates while he said he has tended to favor Republicans. The couple voted last year for Donald Trump, and Menz said she has voted for Minnesota Sen. Amy Klobuchar, who is a Democrat, in the past. Menz said she believes she has voted for Franken as well, but is not sure.

When Menz saw the news of Tweeden's allegations against Franken on Thursday, she immediately discussed her own run-in with the senator from 2010 with her family. She also posted about it on Twitter and Facebook.

A friend encouraged Menz to contact a CNN reporter after seeing the network's coverage of sexual harassment in recent days. Menz was emphatic that she "absolutely" would not have decided to share her story had Tweeden not done the same.

"I don't want to paint my story in the same light as hers," Menz said, saying she believes what happened to Tweeden is much worse.

Franken has not made further statements to the press since releasing two apologies on Thursday. He has said he intends to fully cooperate if there is a Senate Ethics Committee investigation into his behavior.

"I respect women. I don't respect men who don't. And the fact that my own actions have given people a good reason to doubt that makes me feel ashamed," he said in a statement. "I understand why we need to listen to and believe women's experiences."