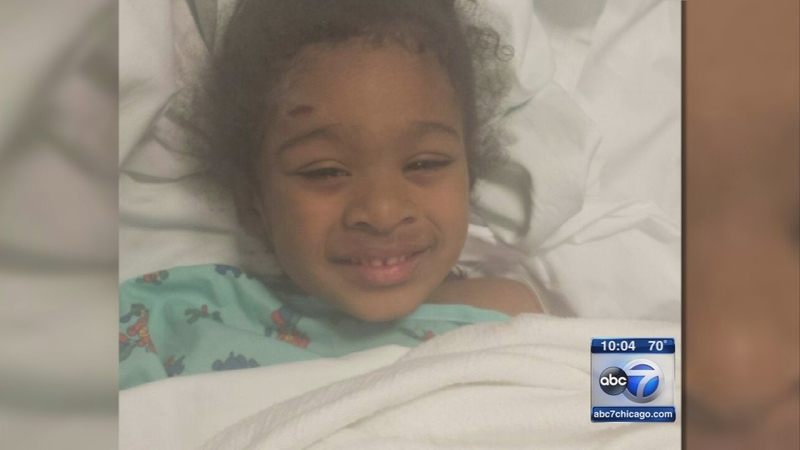 CHICAGO (WLS) -- Neighbors helped a woman dig for her 4-year-old daughter after the roof of a porch collapsed on the city's South Side. Natasha Bell says it's a miracle her daughter, Kayla Martin, was not more seriously injured.

Kayla is recovering at Comer Children's Hospital. The 4-year-old girl was playing on her front porch of her South Shore home when the roof gave way. She was buried beneath wood, bricks and aluminum.

"We heard the porch, it just started collapsing," Bell said. "We heard the cracks and before I knew it, the porch was down and I turned around and she was buried."

Neighbors rushed to help in the rescue.

"My neighbor across the street, he hopped between the wood and he was holding it and throwing bricks to grab the girl out," witness said Jalen Wesley. "We thought she was dead because she wasn't saying anything at first and that made us panic even more and rush even more to get her out of there."

Before the first emergency responders arrived, Kayla was free but badly hurt.

"She was OK, but she was crying. She had tears coming out of her eyes," said witness Tyrice Igess.

Bell is incredibly grateful to the neighbors who helped her save her daughter.

The owner of the apartment building where the collapse occurred did not return phone calls from ABC7 Eyewitness News. A spokesman for the city's building department said there had been no previous problems reported at the building, but Bell said just last week she called the property manager to say that she had seen some problems with her home's structure.