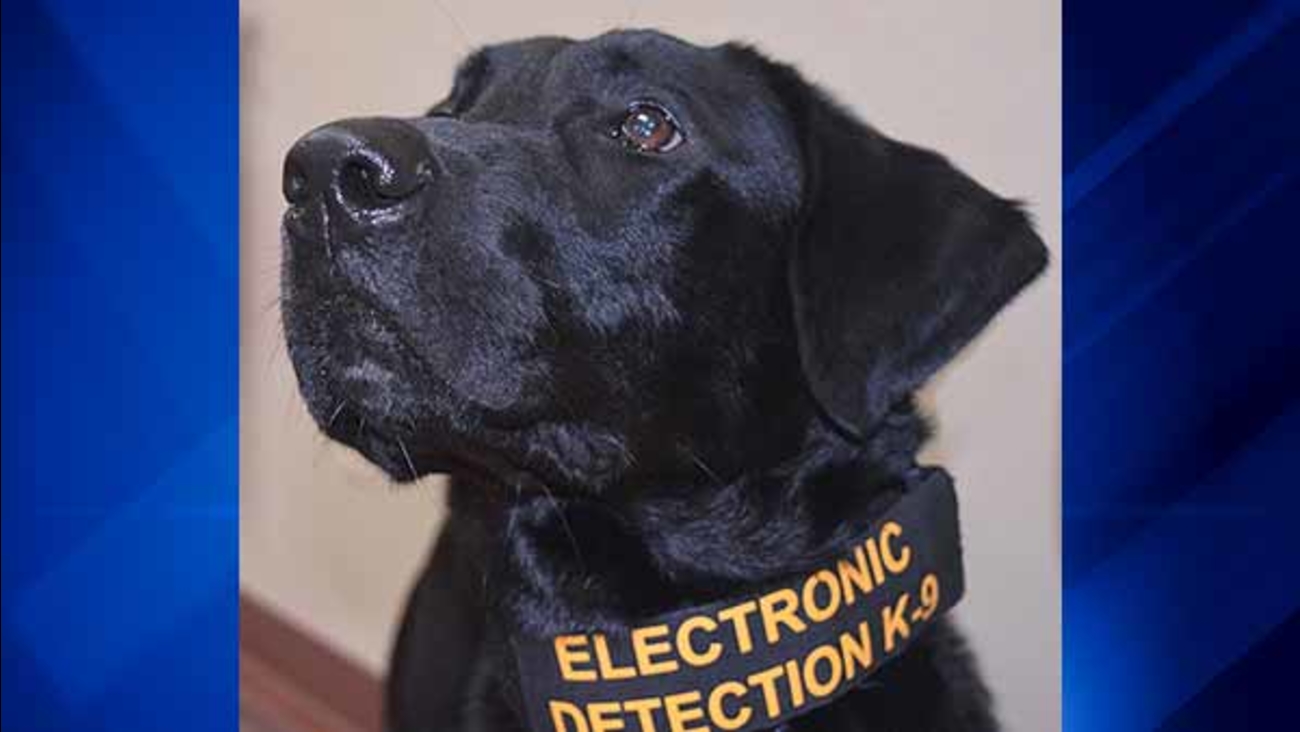 JOLIET, Ill. (WLS) -- Will County has purchased a dog trained to sniff out electronic devices in its fight to prosecute child pornography cases.

In what is a first for Illinois, State's Attorney Glasgow has purchased Cache from Jordan Detection K-9 in Greenfield, Ind. The 75-pound dog will serve in the High Technology Crimes Unit that the state's attorney created in 2012 to track down and prosecute those who produce, distribute or download child pornography on the Internet. Glasgow said he used funds seized from criminal activities to cover the cost of Cache and for dog supplies.

Cache was owned and trained by Todd Jordan, an Indiana firefighter who pioneered the training of dogs to detect a proprietary chemical used in SD cards, thumb drives or other electronic devices that can store digital content, Glasgow said in a news release.

Glasgow said investigators can identify IP addresses used to download or transmit child pornography and then identify suspects, however, in an effort to throw off investigators, suspects will hide tiny SD cards or other digital storage devices inside what are often extremely cluttered houses or apartments.

Cache will help Will County investigators find the proverbial needle in the haystack during the execution of search warrants, Glasgow said.

Cache can detect the chemicals in electronic devices, not the content that is stored inside them. This means that the dog could be called out to locate these devices for many other law enforcement situations as well.

When he arrives in early November, Cache will join a team of canines at the Will County State's Attorney's Office. While Cache will be a K-9 involved in criminal investigations, there are four therapy dogs - Jackson, Malley, Kiwi and Angus - working in the office to provide comfort to child abuse victims at the Will County Children's Advocacy Center as well as to participants in Veterans Court, Drug Court and Mental Health Court. Kiwi and Angus are trained to assist children while they are testifying in court.