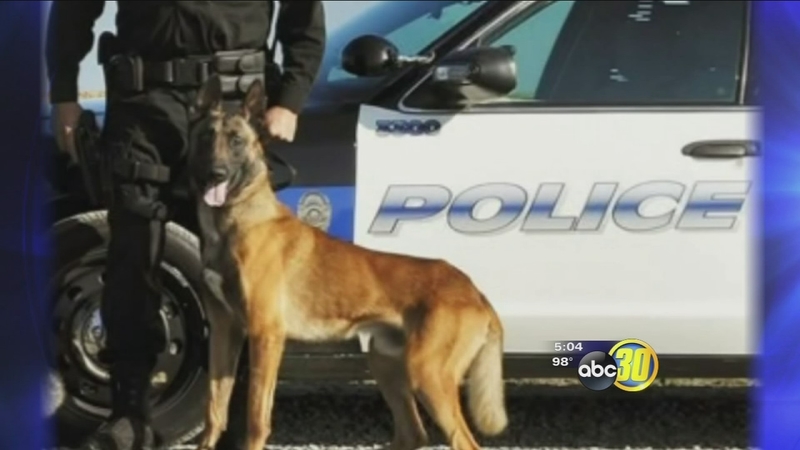 FRESNO, Calif. -- A South Valley police department said it's devastated by the death of one of its K-9's. The dog's handler found the Belgian Malinois dead in his patrol car on June 20th.

Porterville Police said the officer put the animal named Idol in the vehicle with the air conditioning running so the K-9 could cool down while he worked inside his home. When the officer came back an hour and a half later, he noticed the engine had shut off and found Idol dead inside.

Police said the car's warning system did not activate because the engine died.

The Tulare County Sheriff's Office investigated and wasn't able to determine what caused the engine to shut off.

Porterville police said they've inspected other K-9 vehicles, and they all checkout.

The chief said four-year-old Idol was a good police dog and it's been very difficult for his handler.

"In his terms, his terms, it's like losing a kid. They've been together for two years. This officer is one of our top officers, he's SWAT, he was our officer of the year last year for the department. He's a stellar officer, he pays attention to all the details. It's just a tragedy," said Eric Kroutil, Porterville Police Chief.

Porterville Police are in the process of getting a new warning system for all K-9 vehicles, which includes a pager device to notify officers when it's too hot in the car.