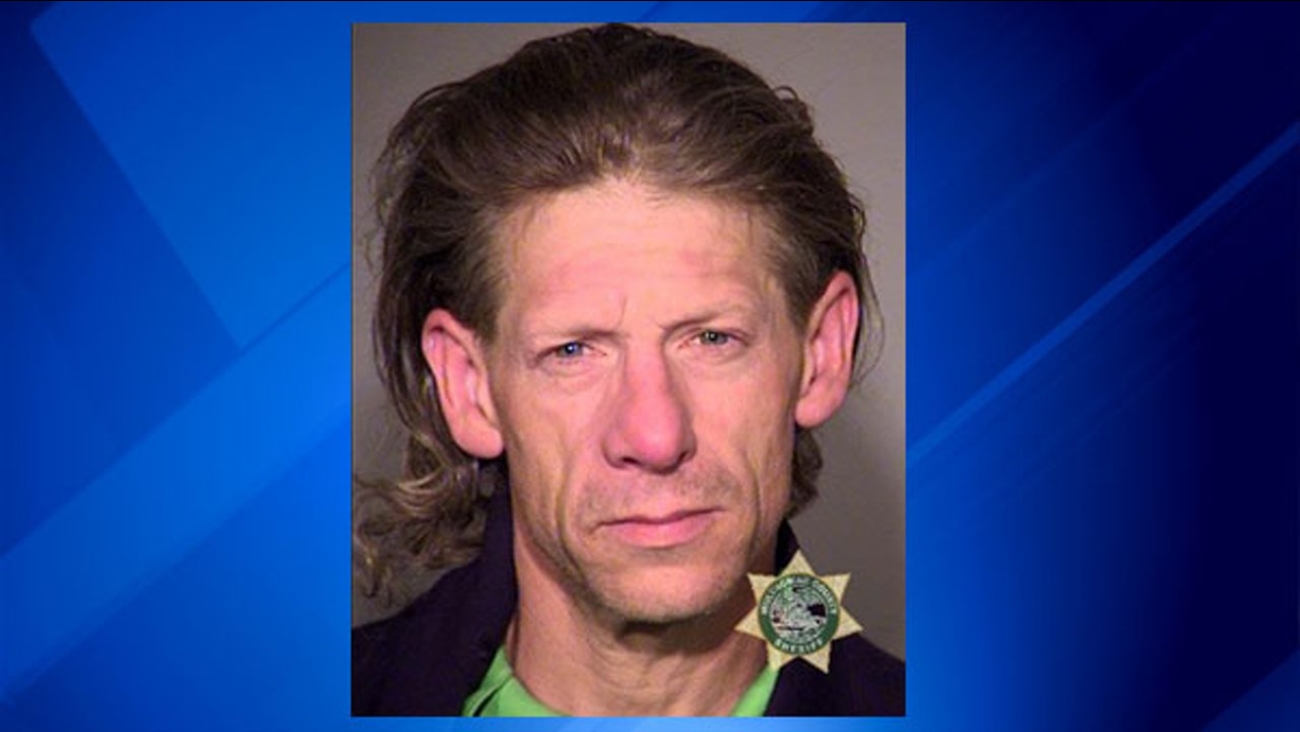 PORTLAND, Ore. -- Police arrested a man Friday in the theft of a wedding band and backpack that belonged to Ricky Best, the Army veteran stabbed to death on a commuter train last week in Portland, Oregon, police spokesman Sgt. Pete Simpson said.

George Tschaggeny, 51, was wearing Best's ring when he was arrested at a small homeless camp under a Portland overpass, Simpson said.

Jeremy Joseph Christian, 35, the man suspected in the stabbings, was arrested shortly after leaving the train.

Video evidence from the stabbings "supports the charges" of Tschaggeny removing Best's ring, Simpson said. Best died at the scene, police have said.

"It's completely heartless. There's no other way to describe what happened," Simpson said. "That action is just incredibly heartless and unconscionable."

Portland police had appealed to the public for help in locating the suspect in the theft of Best's backpack and wedding band.

The department released surveillance video showing the theft suspect departing from the train after the stabbings.

Police described the suspect as a white male with a blond hair mullet who was wearing a black Jordan Brand baseball cap, black T-shirt with an image of Marilyn Monroe, black shorts and black shoes.

It's unclear whether the backpack in the man's left hand belongs to him, police said.

Man arrested in the killings

After boarding the MAX light rail train last Friday afternoon, Christian went on a tirade directed at two African-American teenagers -- one who was wearing a traditional Muslim hijab, according to witnesses and a police affidavit. Police said the attacker slashed the throats of Best and Namkai-Meche, as they tried to defend the girls, killing them. A third man, Micah Fletcher, 21, was seriously injured and has been hailed as a hero.

Once arrested, Christian made shocking statements when he was put in the back of a police car equipped with audio and video recording devices, according to an affidavit released Tuesday.

"I stabbed the two (expletives) in the neck and I'm happy now," he was recorded as saying. "I hope they all die. I'm gonna say that on the stand."

CNN has reached out to Christian's attorney for comment.